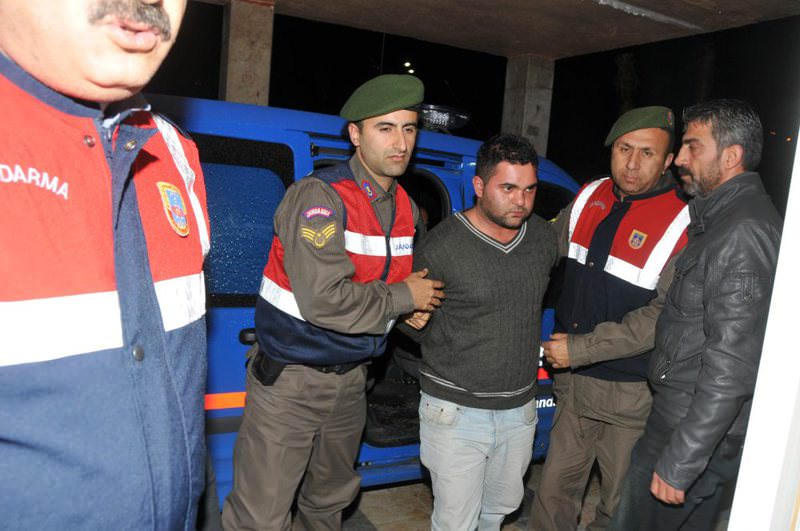 by Compiled from Wire Services Apr 13, 2016 12:00 am
Ahmet Suphi Altındöken became one of Turkey's most-hated figures when it was revealed the minibus driver was behind the gruesome killing and disposal of the body of Özgecan Aslan, a 20-year-old university student. Now with his murder in prison, he is again in the headlines as authorities investigate how the pistol used in the murder was smuggled into the prison and if it is true only one convict, serving time in a separate ward in the prison in Adana, was behind the shooting.

Altındöken, along with his father and a friend, were sentenced to life imprisonment in a hearing last year, months after the February 2015 killing of Aslan, who was a passenger in Altındöken's minibus when she went missing. Her charred body was found days later, and the suspects, who were captured soon after the discovery, confessed to the murder, although they blamed each other for the rape attempt and disposal of the body. On Monday morning, Altındöken and his father were hospitalized for gunshot wounds. Altındöken succumbed to his wounds. Initial reports named two convicts as perpetrators in the shooting. Media named one suspect as Gültekin Alan, a convict serving a 50-year sentence for various crimes, while the other was identified as A.G. Alan said in his first interrogation that he found the small gun used in the shooting in a prison bathroom. Media reported he took a prison guard hostage for more than one hour to delay the father and son's transfer to a hospital. Multiple prosecutors were assigned to the case, which bears similarities to past prison killings of prisoners convicted in notorious cases of murders, rapes and pedophilia.

News agencies reported the investigation also focuses on how other prisoners gained access to the ward where the two convicts were staying, as the administration did not allow the duo to contact other convicts.

Multiple prosecutors were assigned to the case to solve whether Alan was responsible, or if it was a different prisoner or prisoners, who some social media users said meted out a type of poetic justice on the murderer who shook the country last year. Aslan's parents were among the few who reacted to the news with common sense, and the young woman's father said he had mixed feelings about the murder. "I am neither joyous, nor feel sad. It is all very complicated. I wish it never happened," he said. "The evil in the world is not confined to these people and humanity wasn't saved when [Altındöken] was killed. We can't kill all those evil people. Besides, they are the sons of some mother, the relative of some people. They are not from another planet; they are human beings like us. Evil will not go away unless families show affection for the children of other people," he told reporters. Aslan's mother said the death of her daughter's murder was "divine justice." "I don't feel happy. After all, my daughter will not return," she told reporters.
RELATED TOPICS