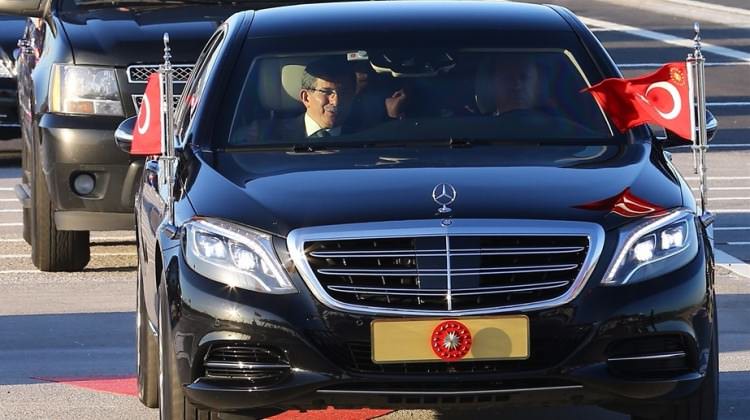 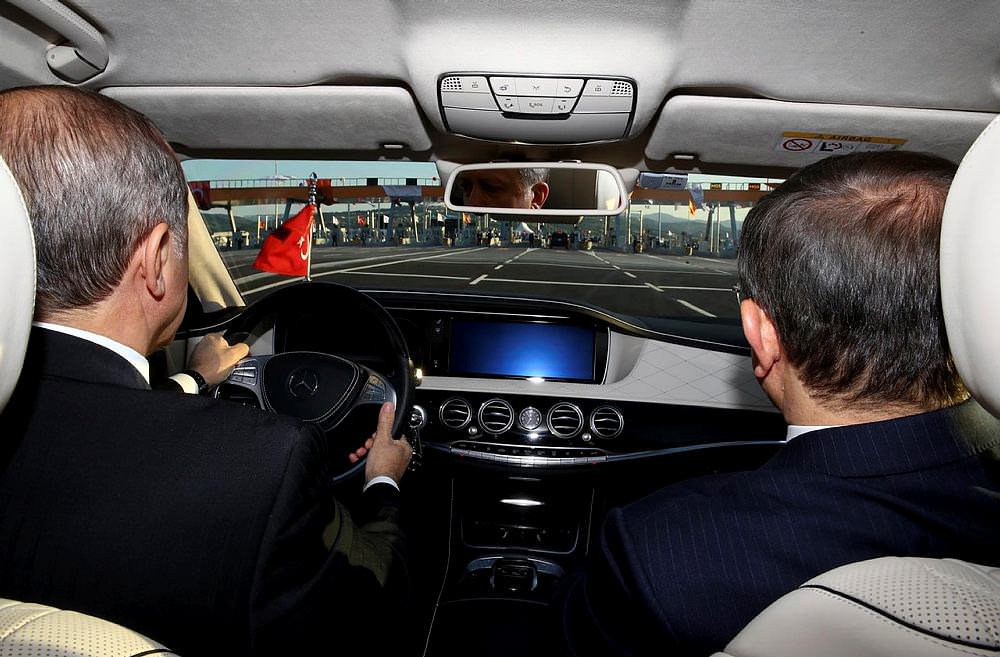 Erdoğan drove the Presidential vehicle himself with Davutoğlu by his side. 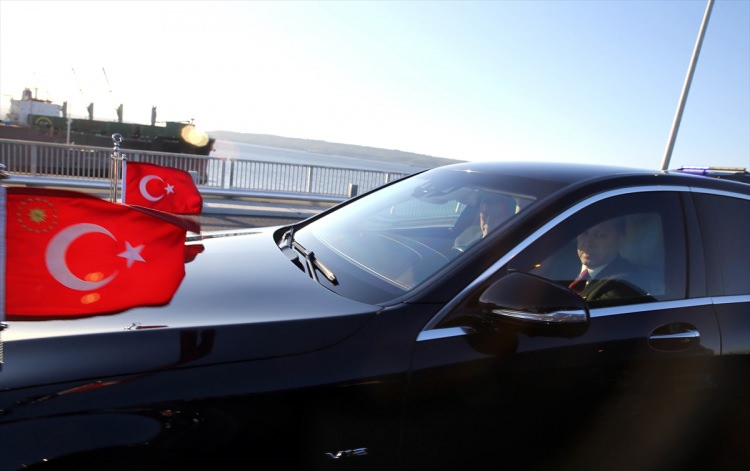 In the opening ceremony, the President declared that the new bridge which connects the both sides of the Izmit Bay in northwestern Turkey will be named after the founder of the Ottoman Empire (a dynasty at the time), Osman Gazi. 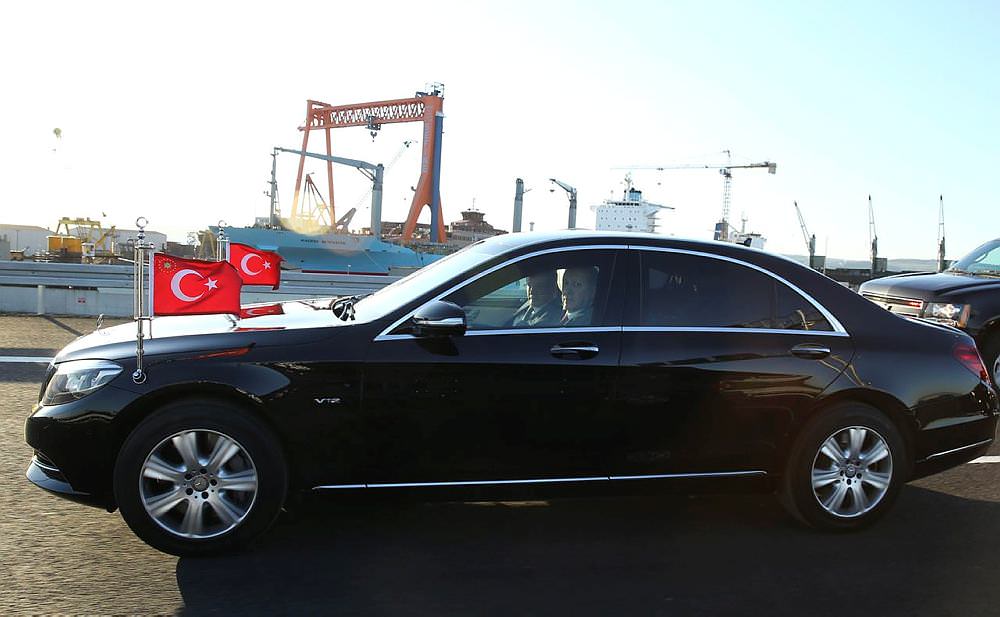 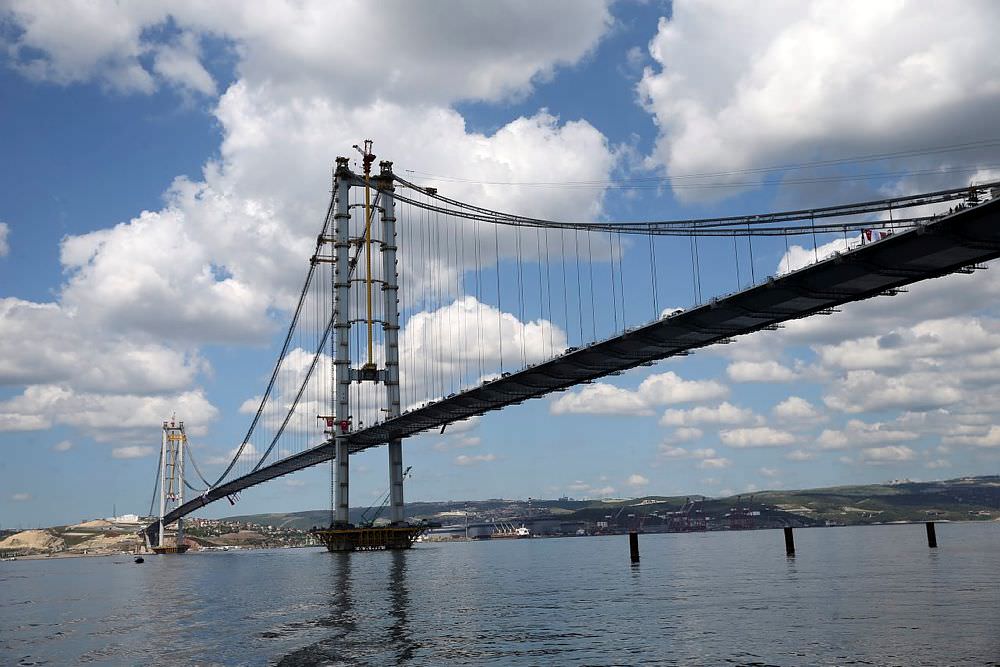 The project begins with an interchange (2x5 lanes) that will be built 2.5 kilometers after the Gebze Interchange on the Anadolu Highway, and ending at the Otogar Intersection on the İzmir Highway. The bridge will reach a height of 252 meters and the bridge deck will be 25.93 meters long, with a main span length of 1,550 meters.

Totaling 2,682 meters, the İzmit Bay Bridge will have the fourth largest main span in the world. Ninety-nine percent of the north and south anchorage blocks of the bridge are complete. The installment of the bridge is planned to be completed at the end of April and the bridge is expected to be opened to traffic at the end of May, following isolation and asphalt application.
Last Update: Apr 21, 2016 9:29 pm
RELATED TOPICS