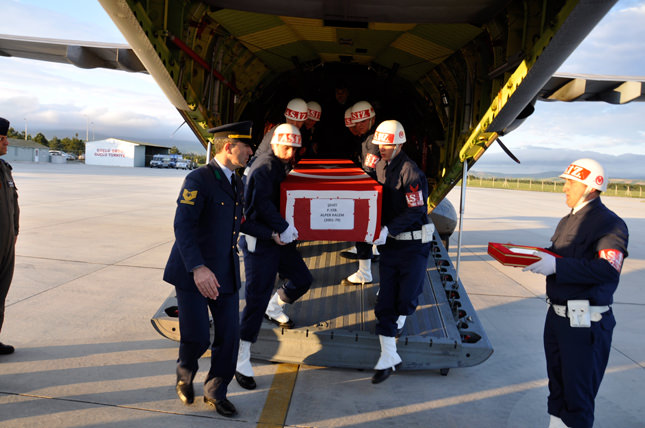 Three soldiers have been killed during an anti-terror operation against the PKK in southeast Turkey on Sunday, a security source said.

The deaths took place in Mardin province's Nusaybin, a district on the Syrian border which has been the focus of counter-terrorism operations since March 14, according to a security source speaking on condition of anonymity due to restrictions on talking to the media.

Explosives, illegal firearms and ammunition plus medical equipment were recovered.

The PKK, listed as a terrorist organization by Turkey, the U.S. and EU, resumed its 30-year armed campaign against the Turkish state in July. Since then more than 400 members of the security forces have been killed and more than 3,700 PKK terrorists killed.