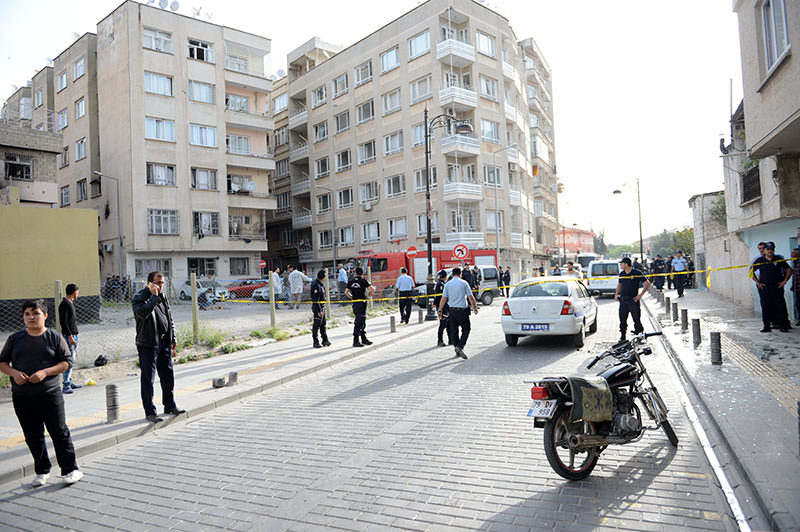 A total of four rocket projectiles, apparently fired from Syria, have injured eight people, including three Syrians, in Turkey's southeastern border province of Kilis on Sunday.

According to sources speaking anonymously since they are not authorized to talk to the media, one rocket landed early Sunday morning in a yard in the Beşevler neighborhood and the other one hit a parking area near Cumhuriyet Street.

Another rocket fell to a building in Kazım Karabekir neighborhood later in the day, injuring two residents.

The injured were taken to Kilis State Hospital.

Police have increased the security measures in the region.

Turkey has been under indiscriminate rocket attack from Syria since mid-January.

In the Kilis province alone, a total of 18 people have been killed and 60 others have been wounded as a result.