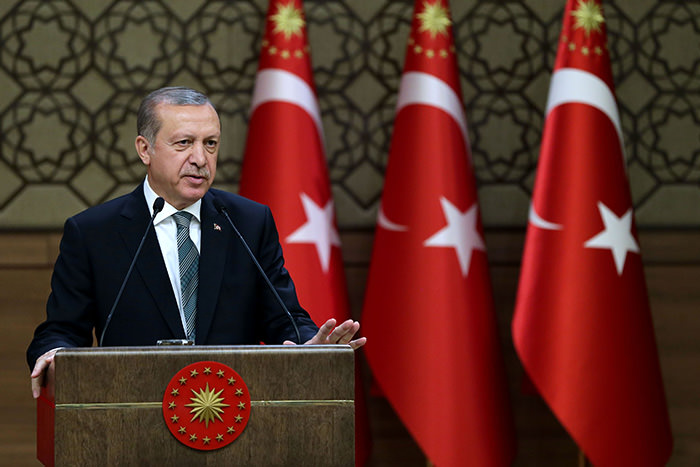 President Recep Tayyip Erdoğan has voiced concern over refugees who lost their lives in the Aegean Sea, mainly by using unsafe vessels, such as plastic boats.

"So far, Turkey has rescued nearly 110,000 migrants attempting the sea crossing from Turkey to the Greek island," Erdoğan said Thursday in his speech at a judicial congress in Istanbul.

"The institutions which are responsible for establishing global justice are inactive," he said, referring to the United Nations.

Turkey currently hosts 2.7 million Syrian refugees, as well as hundreds of thousands from war-torn countries such as Iraq and Afghanistan.

According to Turkish Coast Guard figures, in 2015 a total of 279 migrants lost their lives in the Aegean shores.

Over the past year, thousands of people have made short-but-perilous attempts to cross the Aegean in a bid to reach Greece, before going on to northern and western Europe.

A recent EU-Turkey agreement now allows for the return of "irregular migrants" to Turkey from Greece in exchange for Syrian refugees to be relocated within the EU.