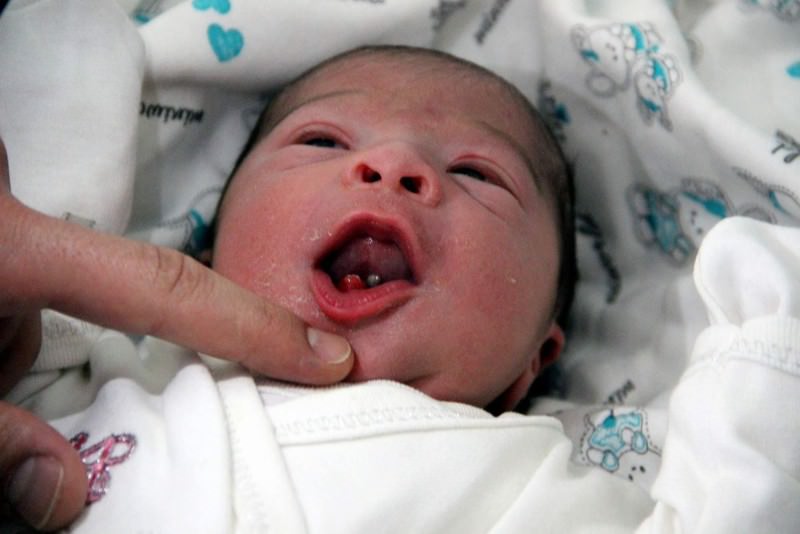 by Anadolu Agency May 05, 2016 12:00 am
A baby was born with two lower teeth in central Turkey overnight Tuesday, leaving the newborn's parents both stunned and concerned.

"He is healthy," said Dr. İbişoğlu, adding that newborns born with teeth are rare, and the teeth should be pulled out, as they could cause problems with breastfeeding.

"If they aren't pulled out, they could pass through the trachea and kill the baby," the doctor warned.

The baby's mother Nazife Kiyga described her great surprise and concern. "We are very astonished and a bit scared. His father was also astonished when he first saw them, but we were relieved when we were told that he's in good health."

The doctor said the baby's teeth would be pulled out after health checks at the hospital.
RELATED TOPICS