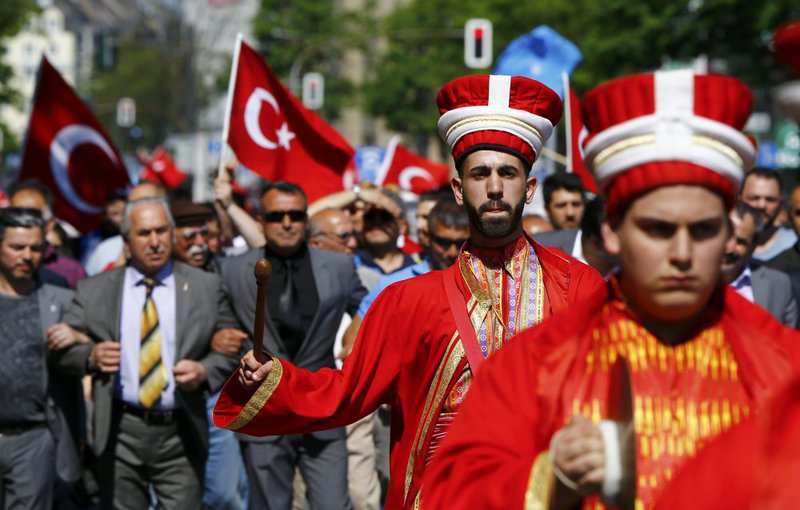 by Compiled from Wire Services May 10, 2016 12:00 am
Germany's strict regulations regarding public assemblies cost an Ottoman military band their prized symbols: Swords and flag poles.

The band plays Ottoman military music, known as mehter and acts out centuries-old tradition while wearing red and heavily decorated costumes, including fake ceremonial swords tied to their waists. They were prepared to parade in Duesseldorf on Sunday, accompanying a group of Turkish nationalists marking "Turkishness Day."

When the group hit the streets, a few kilometers away from a rally against Turkey, police moved in and citing regulations, asked mehter band members to hand over their ceremonial swords and sharp-pointed flag poles. After a lengthy argument with officers, the organizers of the march finally succumbed to police demands and surrendered their swords and flagpoles. Turkish media outlets reported similar parades were held in the past, but this was the first time that a mehter band was stripped of their "weapons."

The parade started more than an hour late, but nonetheless proceeded with the band marching down the streets, armed only with their drums and other musical instruments.
RELATED TOPICS