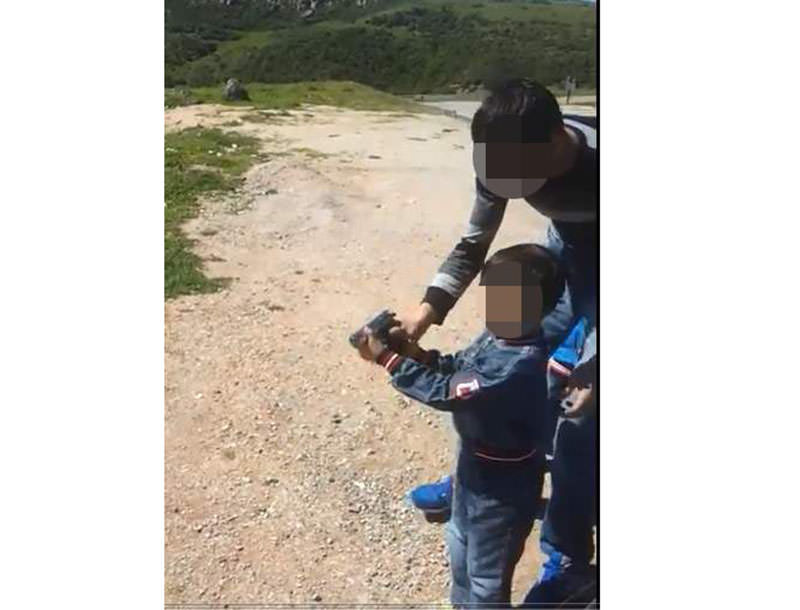 A video recently posted on Facebook showing a father make his 5 or 6 year-old son hold a gun and take several shots in an empty land, has drawn heavy criticism on social media.

Media outlets reported that the father lived in western Kocaeli province. The controversial video shows the man, with the initials F.B., telling his child, "Show them son, show that you are your daddy's boy."

The child then holds the gun with his one hand, upon which the father gives a warning and says: "Be careful, hold it [the gun] with two hands."

As the child takes a shot, the father, apparently not satisfied, asks him to fire again and again, as a result of which the son fires the gun five times in total.

After the incident, the father, clearly proud of his child, says out loud, "He is a man." Also, the man shooting the video on his mobile phone approves of the incident and says to the boy, "Well done."

The video reached social media users after the father shared it on his Facebook account in an apparent move to get approval and praise.