Sea sand, shells found in village near Armenia border, some 200 km away from sea 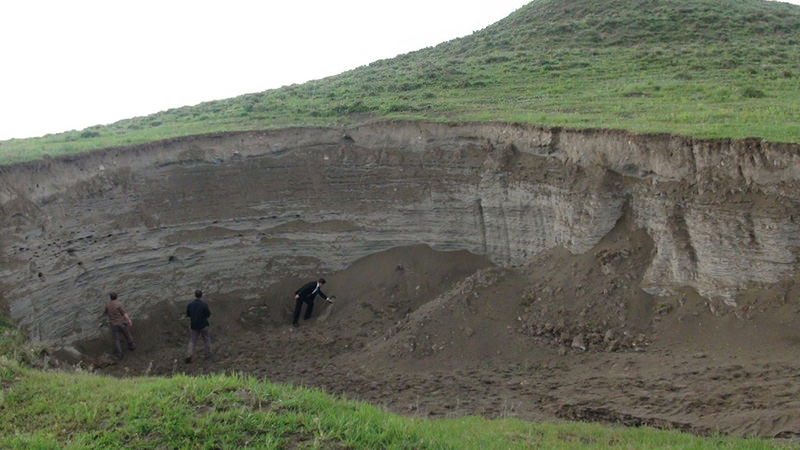 Sea sand and shells were found in an excavation area in a Turkish village near the border with Armenia, but what is surprising is that the area is located some 200 kilometers away from the sea in its closest direction.

Contractors found sea sand and shells in an excavation area located in Akyaka district's Kalkankale village in Turkey's northeastern Kars province, some 12 kilometers west of the border with Armenia.

Upon notification by villagers and contractors, Akyaka District Governor İbrahim Cengiz came to the area to make inspections. Cengiz said it is surprising to find sea sand and shells on a mountainside despite the fact that there aren't any lakes or streams nearby, and added that further examination will be carried out in the area.

One local from the area told Doğan News Agency (DHA) that approximately 10 years ago, bone remnants of dinosaurs were also discovered in the area.