SETA Foundation in Washington D.C. organizes panel on Islamophobia in U.S. and Europe 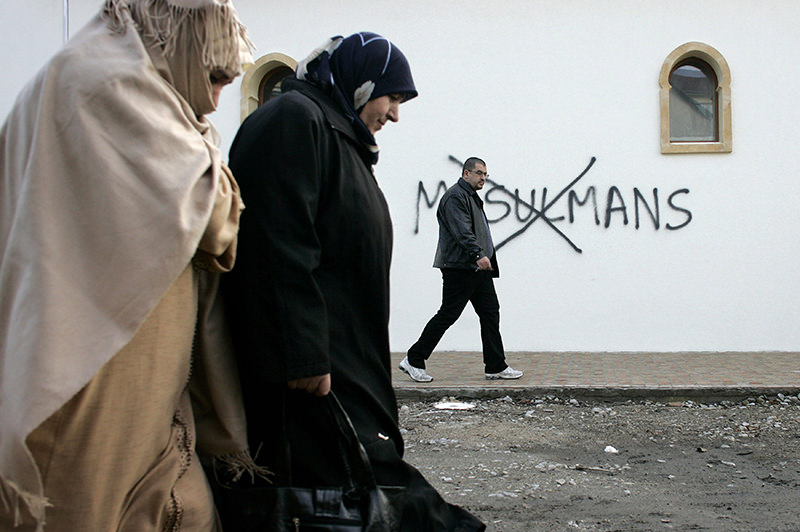 French Muslims suffer from increasing Islamophobia across the country (Archive photo)
by Daily Sabah May 16, 2016 12:00 am

The Ankara-based think tank Foundation for Political, Economic and Social Research (SETA), will organize a panel at its branch in Washington D.C. to be held on May 19 at 10:30 a.m. which will discuss the surge in Islamophobia in the political environment, media, on the streets and in businesses in 25 EU countries as well as throughout the U.S.

The panel will discuss a recent report published by SETA itself disclosing findings on Islamophobic, xenophobic and racist activities across Europe and the United States.

The discussion will focus particularly on policy implications of the recent tide of Islamophobia on both sides of the Atlantic, taking into account the ramifications of the Syrian refugee crisis, Daesh-led terrorist attacks and the 2016 U.S. presidential election.

The panel will have expert speakers such as Corey Saylor, the director of the Council on American-Islamic Relations' (CAIR) Department to Monitor and Combat Islamophobia; Dalia Mogahed, director of research at the Institute for Social Policy and Understanding (ISPU); Enes Bayraklı, researcher at the Istanbul branch of the SETA Foundation; and Farid Hafez, researcher at the Department of Political Science at the University of Salzburg

The panel will be moderated by Ahmet Selim Tekelioğlu, who serves as a research fellow at the SETA Foundation in Washington D.C.

For more information regarding the event and to register, go to the website: http://setadc.org/events/islamophobia/