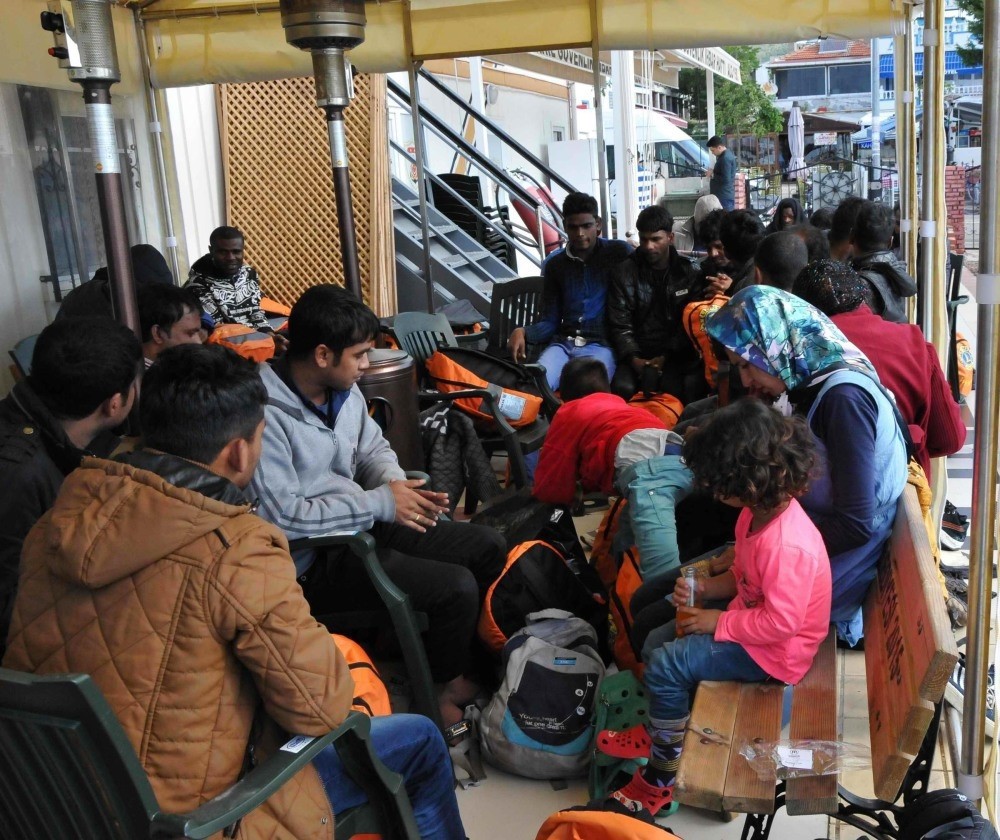 Migrants sit outside a Coast Guard station in Ayvacu0131k, u00c7anakkale, after they were brought to the port
by Compiled from Wire Services May 18, 2016 12:00 am
Just as the influx of Syrian migrants from Turkey to Greece over the Aegean Sea is dwindling, a new group of migrants hailing from the other side of the globe are emerging on Turkish coastlines. Illegal migrants from the Dominican Republic and Bolivia were among 46 migrants intercepted by the Coast Guard off Turkey's northwestern Aegean coast Tuesday.

The group, which traveled along with Pakistani, Beninese, Nigerian, Sri Lankan, Syrian, Somalian and Bangladeshi migrants, was discovered off the coast of Behramkale in Çanakkale province. They were aboard a raft heading to the Greek island of Lesbos. Authorities said the group included women and children. The migrants were taken to a refugee center.

The interception of Dominican and Bolivian migrants taking the long route to the EU comes on the heels of a report in the British Daily Mail tabloid. A story on the Daily Mail website says hundreds of migrants from the Caribbean are traveling nearly 10,000 kilometers to reach the EU through Greece from the Turkish coast, which is close to Greece's Aegean islands. The Daily Mail report says migrants from the Caribbean claimed to be from Syria and Afghanistan in attempts to gain asylum upon arrival in Greece.

Illegal crossings significantly decreased after Turkey and the European Union signed a deal in March to return to Turkey migrants who arrived in Europe from Turkey in exchange for the Syrian refugees currently in Turkey to be resettled in European countries. The deal aims to curb the deadly crossings to Greece aboard unsafe vessels, which often lead to multiple fatalities. Initially, refugees from countries other than Syria were sent back to Turkey on the condition that they accepted to be deported to their home countries. Dominican and Bolivian nationals will likely be subject to deportation.
RELATED TOPICS