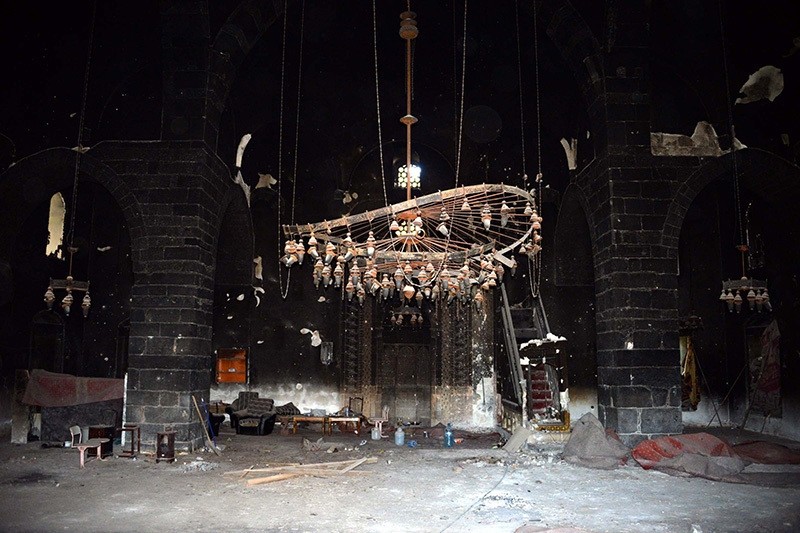 An exhibition displaying photographs of a mosque set ablaze twice by PKK was inaugurated in southeastern Diyarbakır province on Wednesday.

The mosque is also located in an area where the terrorists dug ditches on the streets for street clashes and set up explosive-laden booby traps. The area also houses several other historic mosques as well as Armenian Catholic and Protestant churches. 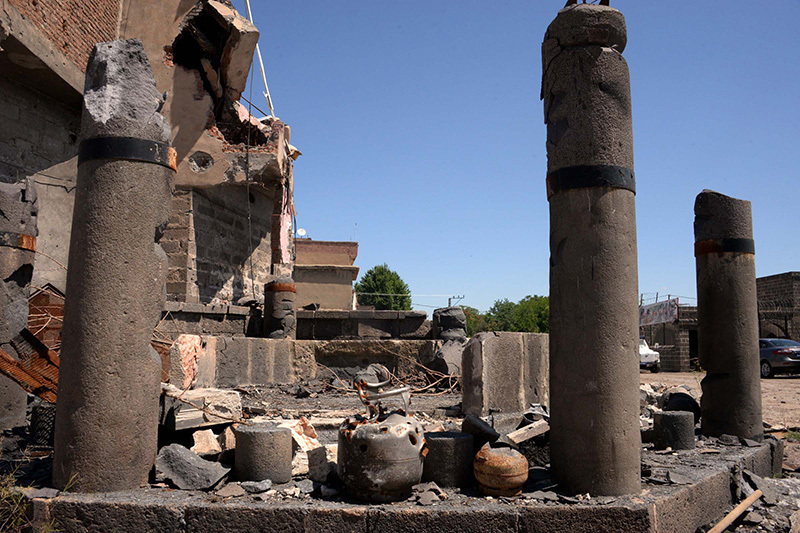 The exhibition, which ends Friday at Dicle University Art Gallery, shows the condition of the mosque before and after the PKK attack.

The PKK attack left the original doors and shutters burnt, and the walls damaged, Yıldız said.

"Under no circumstances sanctuaries should be damaged. People survive with their cultures and leave some marks for the next generations. The easiest way to destroy a society is to destroy its culture," he added.