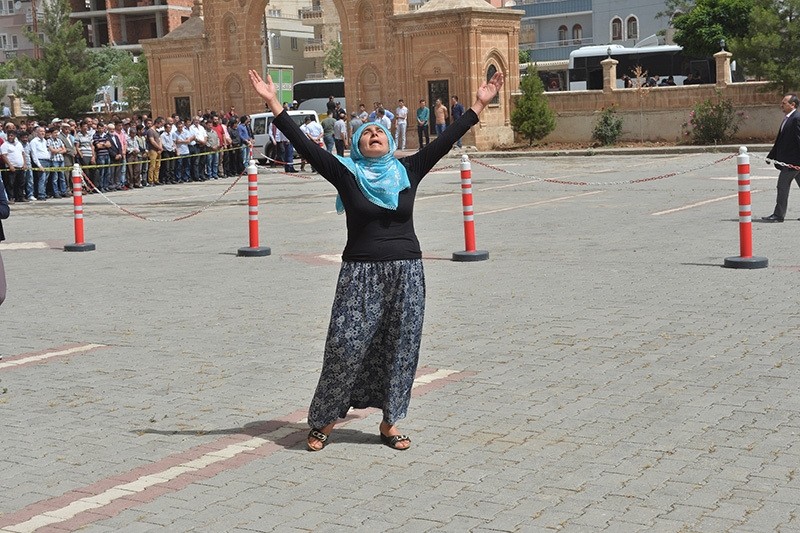 A woman mourns the death of her relative after Midyat bombing (AA photo)
by Compiled from Wire Services Jun 09, 2016 12:00 am

The PKK terror group on Thursday claimed responsibility for Wednesday's car bomb attack on a police station in the southeastern town of Midyat that killed six people, including three civilians, according to a statement on its website.

More than 30 people were wounded by the attack in Mardin province, where the PKK has waged a three-decade insurgency.

A ceasefire with the PKK collapsed almost a year ago, triggering the worst violence the region has seen in two decades.

On Thursday, a wounded police officer died in the hospital, raising the death toll in the suicide car bombing to six.

Two women police officers were among the dead and a third police officer, who was seriously wounded in the attack, died at a military hospital in the city of Diyarbakır on Thursday.

The suicide bomber, identified by his guerilla name "Dirok Amed," fought in the ranks of the PKK, and was from Diyarbakır, according to the group's statement.

The attack came a day after a strike against the security forces in the heart of Istanbul claimed 11 lives, including several police officers. There has so far been no claim of responsibility for that attack.