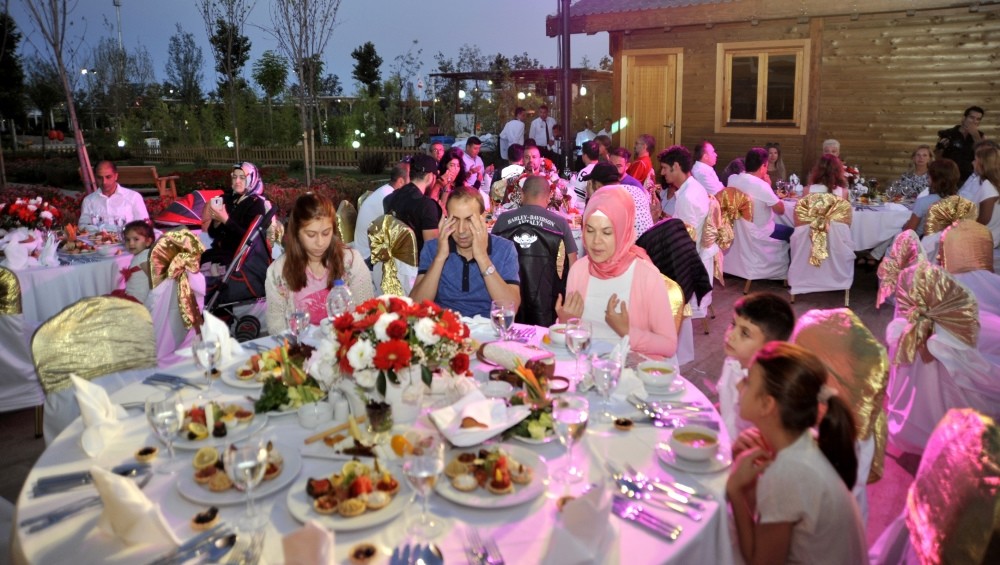 by Compiled from Wire Services Jun 14, 2016 12:00 am
Antalya, the Mediterranean Turkish city that has long been a popular vacation resort for Russians, may be the place to thaw the current icy relationship between Russia and Turkey after the latter shot down a Russian fighter jet violating its airspace last year. Russian expats in the city hosted an iftar (fast-breaking dinner) for locals on Sunday evening in a bid to promote a message of peace between the two nations.

The dinner followed an event to launch Russia's stand at EXPO 2016, a botanical expo in Antalya. At the same venue, local officials and Russia's Antalya Consul-General Vyacheslav Mikhaylov joined a large crowd for the iftar dinner. Irina Balcı, head of the local Russian expat association that organized the event, said the dinner was a sign of their respect for Turkish culture and religion. She called the expats, who are mostly married to Turkish citizens, a "big family" with locals. "We sat down here at iftar tables to show Turkish-Russian friendship. We can talk and eat together. Turkish and Russian people have no problems and we hope and pray that problems between the two countries will end soon."

Russian Consul-General Vyacheslav Mikhaylov said Turkish-Russian relations have been going through a difficult period and underlined tensions were "between the states, not the peoples."
RELATED TOPICS