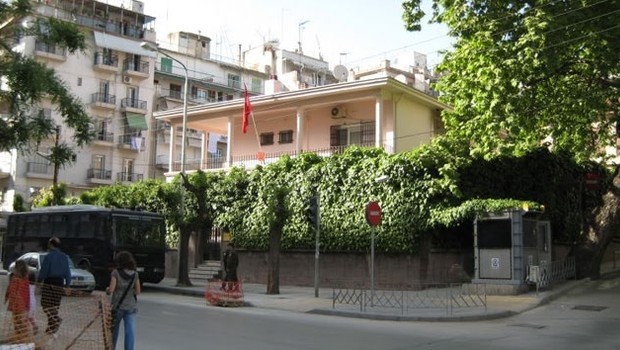 The police kiosk guarding Turkey's Thessaloniki Consulate was attacked by Molotov cocktails by a group of masked assailants early on Saturday.

About 20 Molotov cocktails were thrown by the assailants.

No one was injured in the incident, but only a car outside the consulate building was slightly damaged. Assailants fled the scene on foot.

The motive of the attack is unknown while police have launched a manhunt to capture the suspects.

The consulate had been also attacked in December 2015.