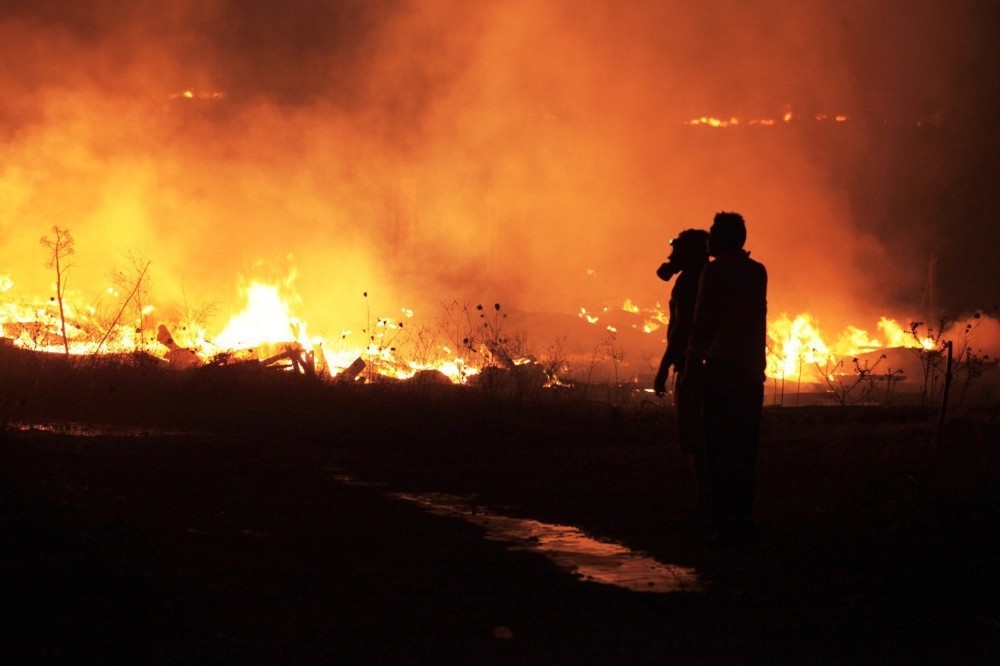 by Daily Sabah with Wires
Jun 20, 2016 12:00 am
Firefighters on the Bodrum peninsula on Turkey's southwestern coast battled a blaze that has destroyed 544 acres of forest and threatened nearby villages.

The forest fire began on Saturday and spread, fanned by strong winds, toward Islamhaneleri, 12 kilometers from the center of Bodrum. One of Turkey's most popular tourist destinations, Bodrum sees several million foreign and many more local tourists every year. Forestry officials said it took 24 fire engines and more than 100 people 22 hours to stop the spread of the fire.

Locals also helped to extinguish the fire. Officials said one fireman had received burns and six people were hospitalized because of smoke inhalation. One villa and a barn were destroyed before the fire was stopped. Officials said a plane and a helicopter joined the efforts early Sunday.