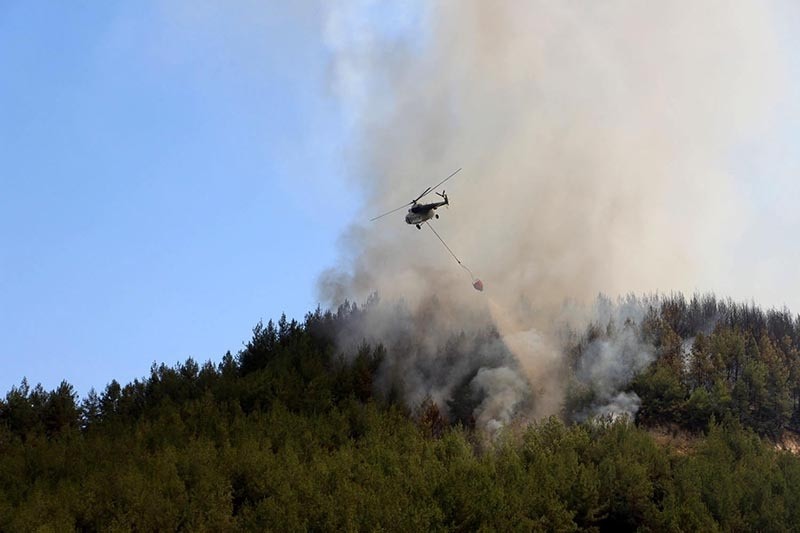 Houses and hotels were evacuated Sunday afternoon from Turkey's southern touristic destinations of Olympos and Adrasan in Antalya province, following a growing wildfire.

The fire was brought under control and hotels, which were under risk of burning, were also saved from the fire by a crew of 700 firefighters, Minister of Forestry and Water Affairs Veysel Eroğlu said on Sunday. He also assured that the burnt areas will be reforested.

The wildfire broke out early Sunday in the village of Adrasan in Kumluca district, Antalya due to unidentified reasons.

The blaze was fanned by strong winds, in a matter of a few hours, but fire fighters along with helicopters were reported to give their utmost efforts to bring the fire under control. No casualties were reported in the incident.

Kumluca-Adrasan road was closed to traffic, while houses and hotels in the small Mediterranean town as well as the famous cove Olympos next to it (100 km away from Antalya) were evacuated.