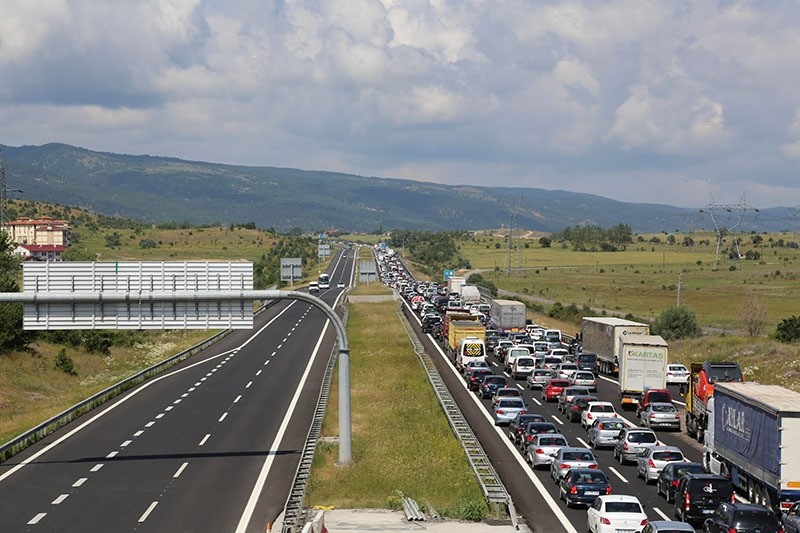 Five people died in a traffic accident in Turkey's northwestern Bolu province on Saturday, a law enforcement official said, at the start of a nine-day national holiday.

An articulated truck carrying paint-thinner burst into flames after it crashed into the guard rail at the entrance to a highway tunnel near Mengen, a town around 170 kilometers (105 miles) north of the capital Ankara, a gendarmerie officer said on condition of anonymity due to restrictions on talking to the media.

The driver and four other people in the truck were killed and two people travelling in a car also involved in the accident were injured.

Next week is the holiday of Eid al-Fitr to celebrate the end of Ramadan and people have taken to the highways to spend the vacation with their families or at coastal resorts.

Nationwide holidays in Turkey are usually marred by a spike in the number of road deaths despite prominent warnings from the authorities about the dangers of reckless driving.

Travelers spend their vacation either in vacation resorts in southern Turkey or visit their parents or children living in other cities during Eid al-Fitr.

Though most Turks, especially middle-class households prefer to spend their vacation with parents or children in other cities, the tourism sector, which was affected by a shortage of tourists after terror attacks in the southeast and strained ties with Russia this season, hopes that holidaymakers will help a boost in declining revenues.

Experts list a number of measures for drivers to avoid accidents and minimize the damage accidents inflict. Measures include wearing comfortable clothes, undertaking thorough maintenance of vehicles before traveling and avoiding carrying heavy suitcases on board vehicles. Experts also urge motorists to take a 30-minute break every three hours while on long trips and warn against driving while drowsy.