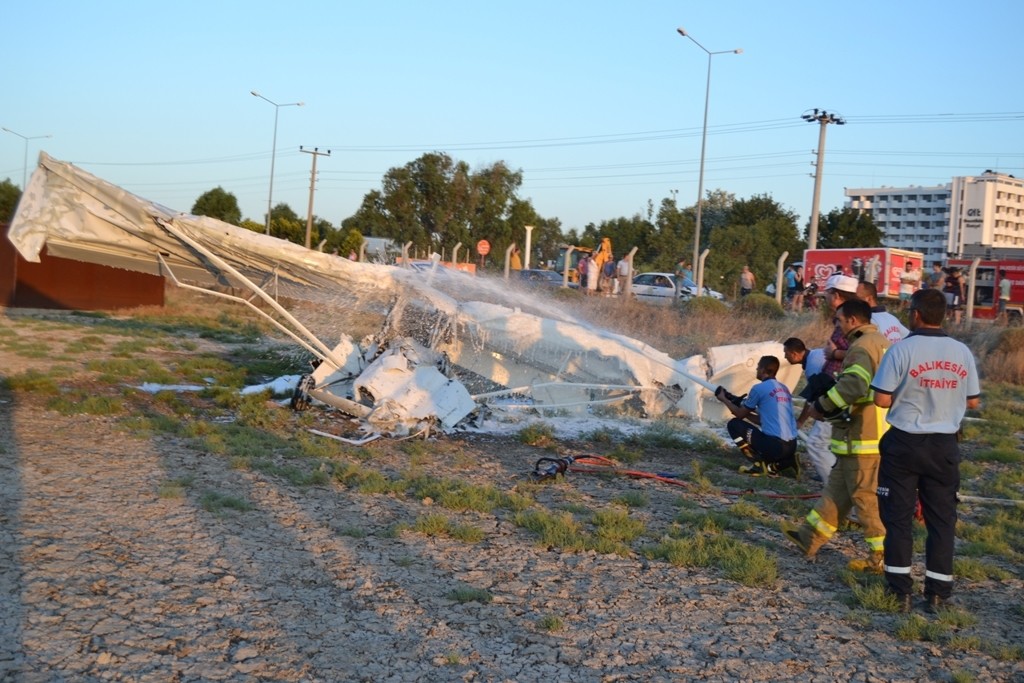 Speaking to Anadolu Agency, Namik Kemal Nazlı, the governor of Balıkesir's district of Ayvalık, on the Aegean Sea, said that the training plane crashed for reasons unknown after taking off from a landing field belonging to the Turkish Aeronautical Association (THK).

The victims were identified as THK Ayvalık branch Chair Mustafa Doğrular, 60, and a 25-year-old aviation student from Istanbul called Yusuf.

"We have forwarded the case to authorities of Balıkesir Koca Seyit Airport," said Nazlı.

The TC-ABY model airplane crashed during landing. The airplane was completely wrecked, according to photos from the scene.

Local firefighters also cooled off the plane, as it was leaking fuel.