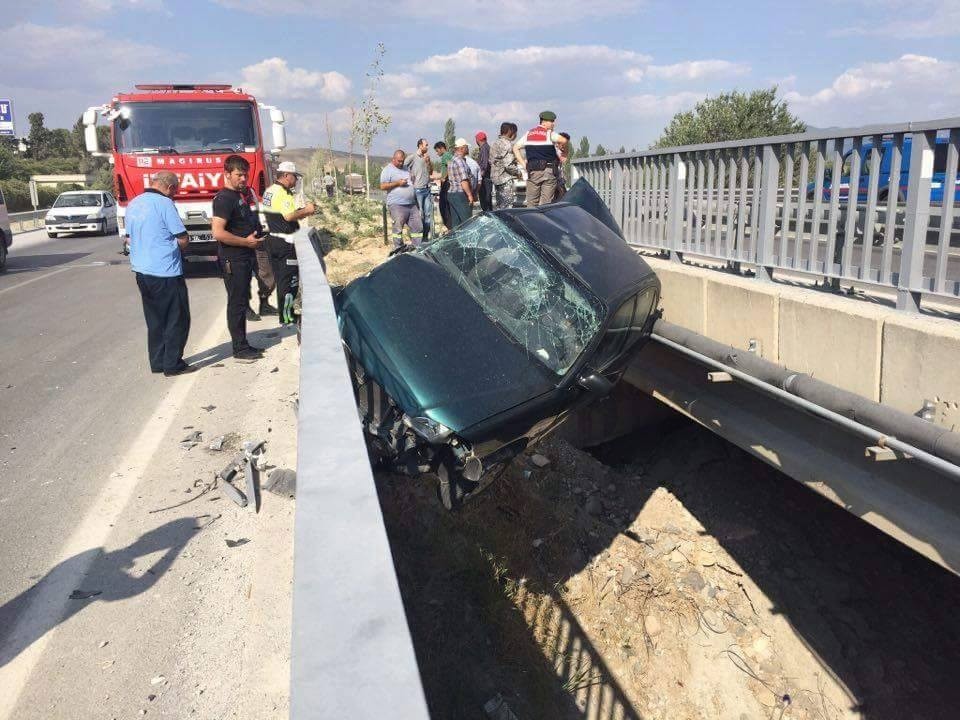 Authorities are calling on everyone traveling during the Ramadan Bayram holiday to drive carefully to prevent turning a time for celebration turning into a tragedy.
by Daily Sabah with AA Jul 04, 2016 12:00 am

The nine-day Ramadan Bayram holiday is once again turning into a tragedy for many as hundreds of collisions have claimed many lives and injured dozens. Drivers have been told to be careful on the roads

The nine-day Ramadan Bayram holiday is once again turning out to be one that is dominated by deaths on the road, with more than 10 people killed in collisions across the country. The three-day Ramadan Bayram, or Eid al-Fitr as its known in the Arabic-speaking world, begins on Tuesday, but many have taken advantage of the government's decision to declare Monday and Friday off to enjoy the nine-day break to travel to resorts.

Five people died in a traffic accident in Turkey's northwestern Bolu province on Saturday, when a truck carrying paint-thinner burst into flames after it crashed into the guard rail at the entrance to a highway tunnel near Mengen, a town around 170 kilometers north of the capital Ankara. The driver and four other people in the truck were killed and two people travelling in a car also involved in the accident were injured.

Another five people died in the Black Sea province of Sinop yesterday when a truck and a car collided head-on, with three injured, one seriously. A truck in the southern province of Antalya tipped over into a ditch yesterday, killing the driver. Also in Antalya, two cars collided, killing the drivers. A police officer traveling to his hometown of Isparta to attend a wedding also died when his car tumbled into a ditch. There were also many accidents across the country, injuring dozens.

Nationwide holidays in Turkey are usually marred by a spike in the number of road deaths despite prominent warnings from the authorities about the dangers of reckless driving. Last year, nearly 70 died on Turkey's roads during the Ramadan holiday.

Travelers spend their vacation either in vacation resorts in southern Turkey or visit their parents or children living in other cities. Though most Turks, especially middle-class households prefer to spend their vacation with parents or children in other cities, the tourism sector, which was affected by a shortage of tourists after terror attacks in the southeast and strained ties with Russia this season, hopes that holidaymakers will help a boost in declining revenues.

Experts list a number of measures for drivers to avoid accidents and minimize the damage accidents inflict. Measures include wearing comfortable clothes, undertaking thorough maintenance of vehicles before traveling and avoiding carrying heavy suitcases on board vehicles. Experts also urge motorists to take a 30-minute break every three hours while on long trips and warn against driving while drowsy.
RELATED TOPICS