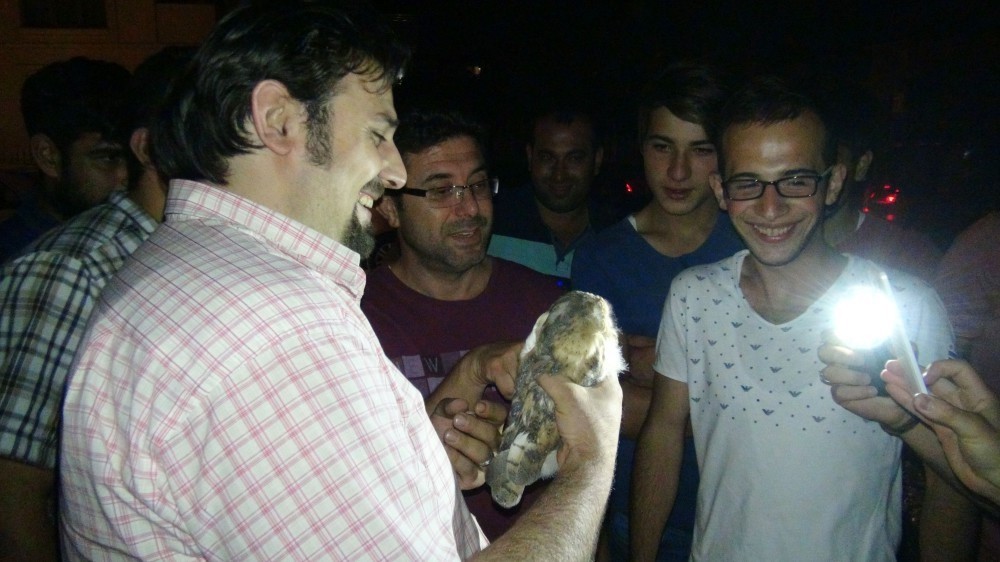 by Jul 04, 2016 12:00 am
About 20 days ago, a neighborhood in the northwestern province of Kocaeli, about 100 kilometers east of Istanbul, began to hear a scary humming-like sound. The people first tried to find the source of the nightly spine-chilling sounds that echoed through Sümer Street, which is located in the Tütünçiftlik Barbaros neighborhood, but failure to do so resulted in a cycle of fear that truly terrified the locals.

Soon afterward, people started to talk about a possible "yatır," which according to legend is the secret tomb of a saint that heals the sick. With the sounds getting louder and louder every night, municipal authorities were called to solve the mystery. Fire department officials launched a comprehensive investigation into the sound and found that the humming came from the unused attic of a building. After breaking through a wall, officials found three owls sheltering in the room.

The owner of the building, Yaşar Elibol, said the entire neighborhood breathed a sigh of relief after the owls were found. "For the past 20 days, a plethora of speculation was sweeping the street. The sound was similar to snoring. I knew it would be something like an owl, but no one listened. Some said it was a yatır. Busloads of people came to the front of the building at 2 or 3 a.m., only to pray and then leave."

The wall was closed off and the owls were sent to an animal shelter.
RELATED TOPICS