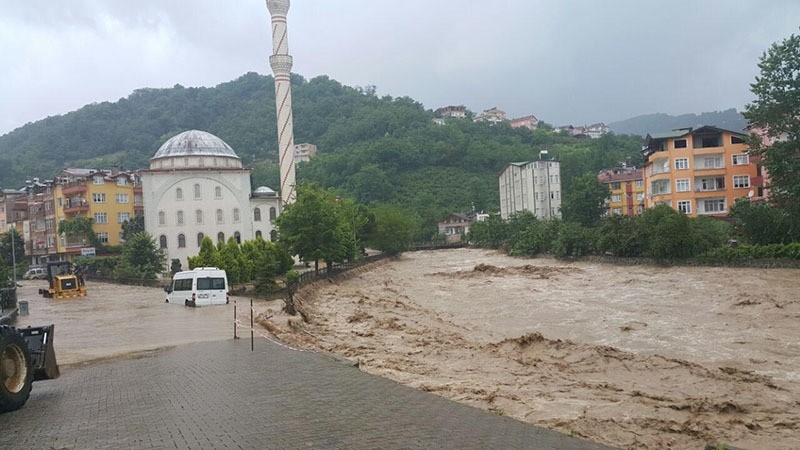 Two people were killed and one went missing on Wednesday due to heavy floods and landslides in Perşembe district of Black Sea province of Ordu in Turkey.

The severe rain has been reportedly continuing for the last four days in the region.

Yılmaz added that 16 houses and 8 bridges collapsed due to the flooding.

Experts say the Black Sea region is prone to heavy rainfall throughout the year and a new solution is needed, such as a housing reform to prevent deaths and damage.

The region's geography is marked with steep hills and mountains which run parallel to the sea and the uneven elevation proves a major challenge for housing.