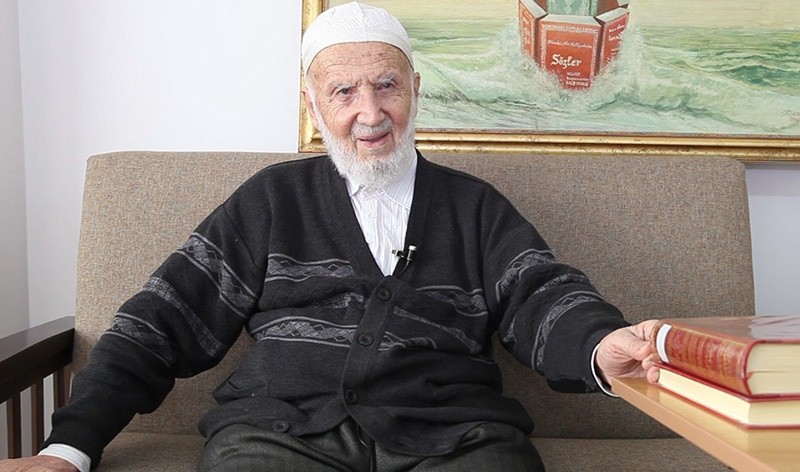 Abdullah Yeğin, a student of the prominent Muslim scholar Said Nursi, passed away at the age of 94 on Thursday in Istanbul.

Yeğin, a prominent figure among the followers of Nursi, had openly expressed that the Nur community distances itself from the Gülen movement which attempted to topple the government with the December 17 and 25 operations.

While the Gülen movement claims to follow the teachings of Nursi, Yeğin and five other students of Nursi declared in a statement in January 2014 that the Gülen movement is entirely separate from Nursi's community due to their active involvement in politics, and emphasized that Nursi's way is against this.

Yeğin and two other prominent students of Nursi openly declared their support for the Justice and Development Party (AK Party) with another joint statement in October 2015.

AK Party minister Sait Yüce said that Yeğin's funeral will take place on Friday at the historic Fatih mosque with the attendance of Mehmet Görmez, the head of Turkey's Religious Affairs Directorate.

Yeğin passed away at a hospital in Istanbul's Güngören district where he was receiving treatment for cardiac problems.