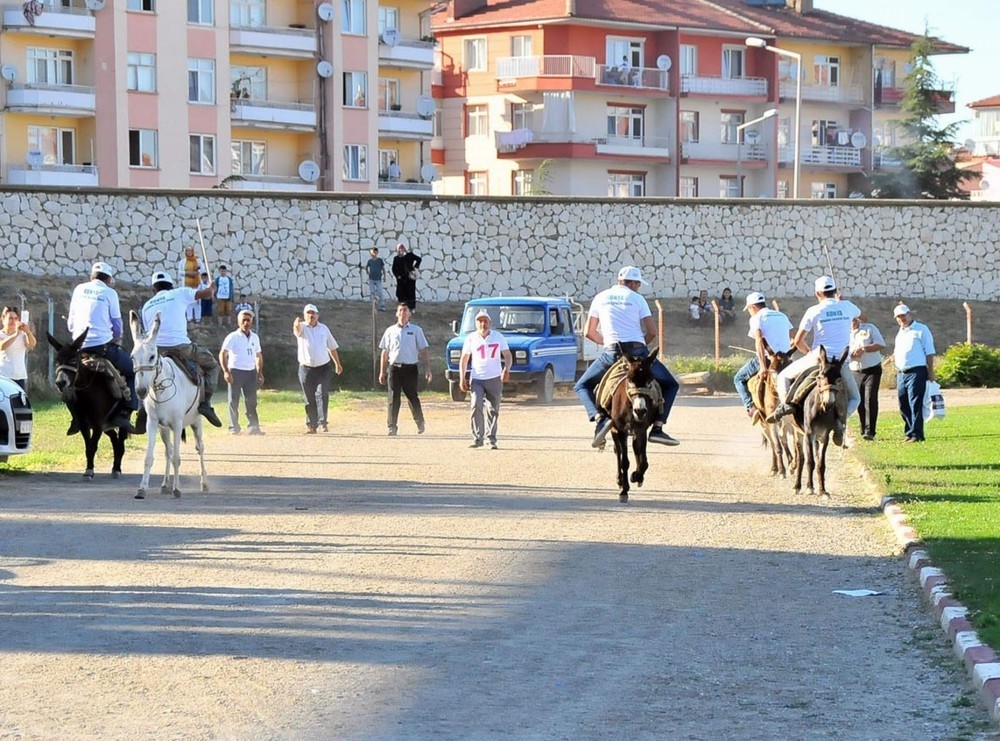 Reverse riding was the most challenging event at the festival.
by Compiled from Wire Services Jul 11, 2016 12:00 am
A weeklong festival dedicated to Nasreddin Hodja wrapped up Sunday with a string of events dedicated to his favorite mode of transportation: a donkey.

Hodja, believed to have lived in the central province of Konya in the 13th century, etched his name in Anatolian folklore as a mystic, philosopher and wise man and has been the subject of countless funny stories laced with a good dose of folk wisdom. Since the 1960s, a festival is held every year in Akşehir, his presumed hometown, and besides a chance to celebrate his legacy, the festival presents an opportunity to showcase the "beauty" and fun of donkey riding, a favorite pastime of the Hodja and his companion in many of the stories attributed to the mystic.

This year's edition included contests involving "reverse riding," "normal riding" and "donkey with the most beautiful eyes." A regular four-lap riding event saw 19 donkeys compete, but the crowd gathered for the festival was more enthusiastic for reverse riding. Riders struggled to reach the finish line with their backs facing the head of the animals, and it took longer than the regular event, but İbrahim Arslan managed to reach the finish line first without turning around. Reverse riding is linked with a story about the Hodja that says he preferred to ride backwards on a donkey with his face to a crowd of admirers following him "out of respect," while he was riding home. The event organizers also awarded a rider who fell off the donkey during the race, in tribute to another anecdote of Hodja who sought "advice from someone who fell off a donkey before" instead of a physician after he fell off his mount.

The final event was the election of the donkey "with most beautiful eyes." The festival jury had a hard time selecting a winner from the 19 donkeys, before setting their sights on Ömer Çetin's donkey with a pair of piercing brown eyes.
Last Update: Jul 11, 2016 1:16 am
RELATED TOPICS