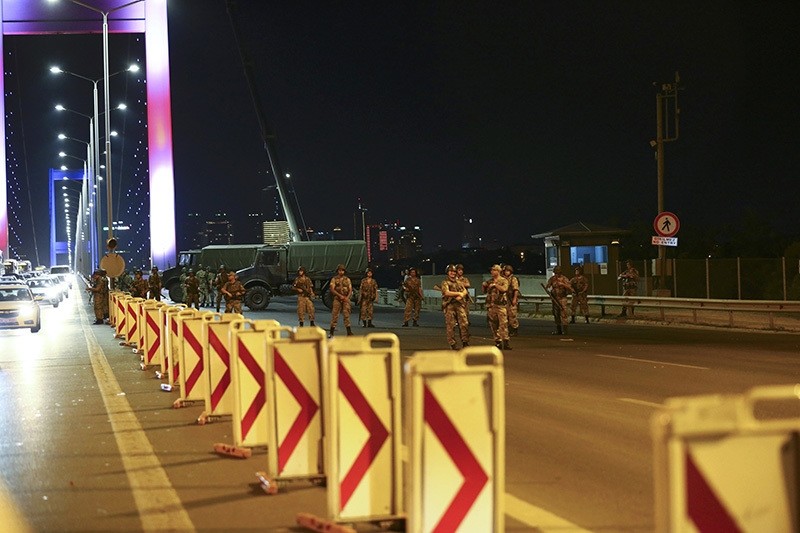 Troops from coup-staging units block access to the Bosporus bridge, which links the city's European and Asian sides, in Istanbul, Turkey, July 15, 2016. (Reuters Photo)
by Daily Sabah Jul 17, 2016 12:00 am

The bridge was among the primary targets of coup plotters, and it was closed to traffic on Asia - Europe through a barricade formed out of 50 soldiers, two tanks and two armored personnel carriers.

When news broke out that a small military junta within the Turkish military is carrying out a coup attempt, upon the call of President Recep Tayyip Erdoğan, millions of Turkish citizens took to the streets throughout the country.

Protesters tried to pass through the barricade several times, however, upon orders from coup-staging officers, soldiers opened fire on the crowd and air.