Military to be restructured after coup attempt, Erdoğan says 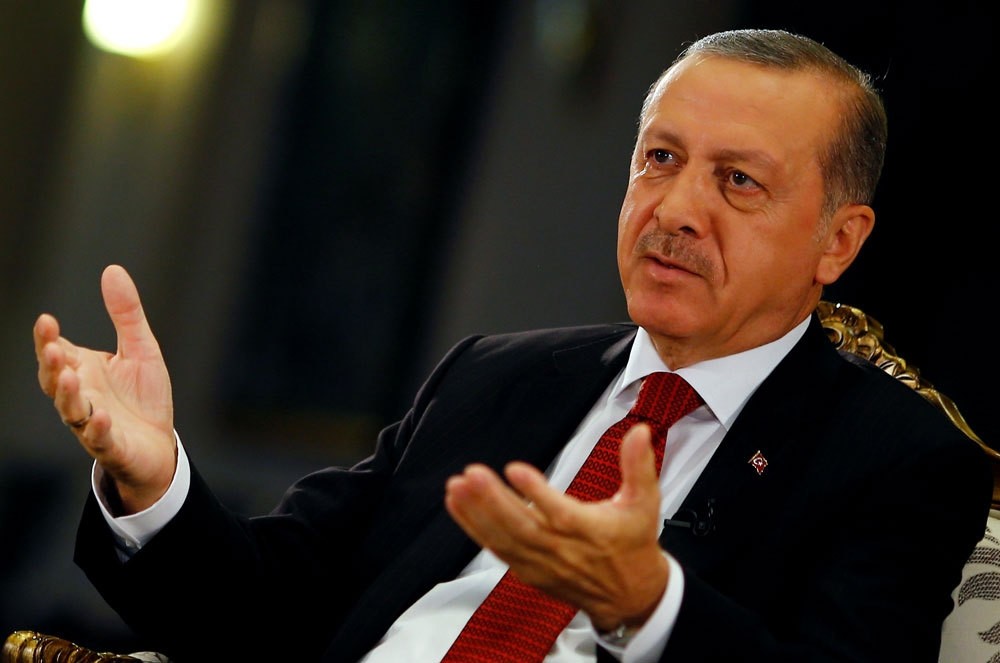 President Recep Tayyip Erdoğan indicated on Thursday that the Turkish Armed Forces (TSK) would be swiftly restructured, following last Friday's failed coup attempt. Speaking in a televised interview, Erdoğan stated that the Supreme Military Council (YAŞ) meeting might be moved one week earlier. "The arrangements made will be submitted to YAŞ and restructuring will start immediately," Erdoğan said, adding that the Turkish army needs "fresh blood."

"It is very clear that there were significant gaps and deficiencies in our intelligence, there is no point trying to hide it or deny it. I said it to the head of national intelligence," Erdoğan said, further stating that he put in a call but could not reach the head of National Intelligence Organization (MİT), Hakan Fidan during Friday night.

Presidential spokesman İbrahim Kalın also said that it is being discussed whether or not to connect the TSK to the Ministry of Defense. Underlining that it would not be right to hold the whole army responsible for the incidents, the spokesman said: "There are tens of thousands, hundreds of thousands of patriots serving within the Turkish army. We have to separate the Gülen terrorist organization that seeped into the TSK from the TSK itself," Kalın said. Expressing a determination to "cleanse" and regenerate the army, Kalın added: "People who give Turkey a hard time will be given the severest punishment. Therefore, there is a consensus on that and all the administrative and legislative actions are being taken, and this will go the full distance."

Also in the recent Regular Progress Report for Turkey, published by the European Commission, reform of the Turkish military was highlighted among the issues to be addressed. The 2014 report underscored the need to give civilian authorities broader oversight over military operations, stating that legal provisions on the composition and powers of the Supreme Military Council should be amended if necessary to increase civilian control.

Similarly, the gendarmerie went through a reconstruction in 2014. The 2015 Report by the European Commission mentions the demilitarization of the gendarmerie with the Security Reform Package in 2014 as a positive development, as civilian oversight of the law enforcement duties of the gendarmerie was extended. The authority to appoint, suspend and supervise gendarmerie personnel in the provinces was transferred from the Gendarmerie General Command to the Ministry of Interior, while the Law on Provincial Administrations continued providing for the involvement of the armed forces in domestic security operations without civilian oversight. Furthermore, all the Regular Progress Reports up until now defended that reforms were needed to improve civilian scrutiny of not only the gendarmerie, but also the military and the intelligence services.