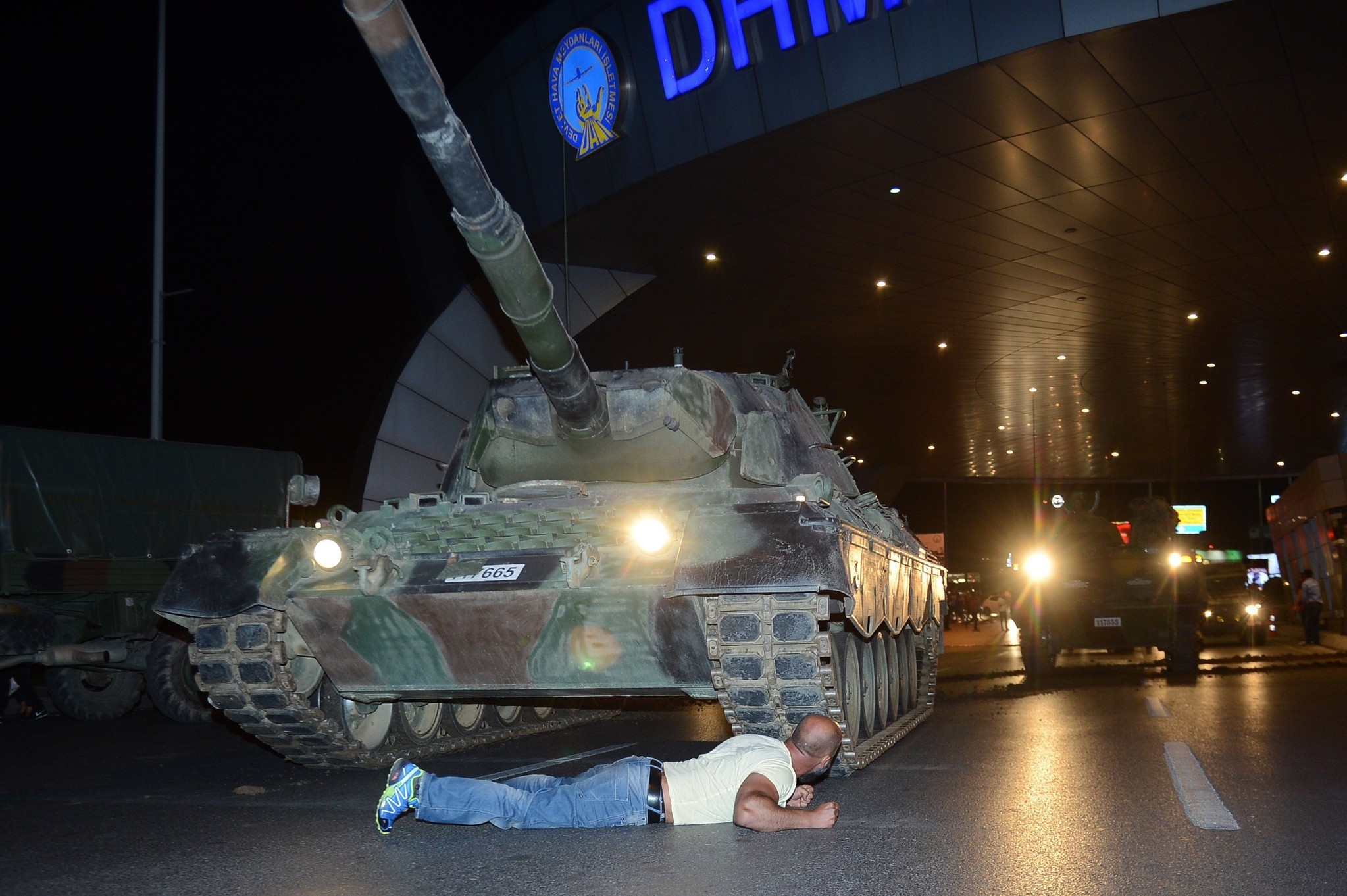 "If my death would prevent other deaths and save my country, I would do the same thing a hundred times."

These are the words of Metin Dogan, Turkey's 'TankMan' who was photographed lying in front of the tracks of a tank at Istanbul's Ataturk Airport during July 15's failed coup.

Speaking to Anadolu Agency on Saturday in front of the new 'July 15 National Will Monument', which is currently under construction in the Yesilyurt district of Turkey's eastern Malatya province, Dogan said the structure is being built in order to impress on people the idea of "dying for your country".

Dogan, a 40-year-old medical student, stood shirtless in front of a Leopard tank before lying down directly in front of its tracks.

The images-which drew comparison with the Tiananmen Square protester who stood in front of a line of tanks during the 1989 student-led demonstrations in Beijing-have appeared across the world since Friday's failed coup and sparked the hashtag #TankMan.

Yesilyurt District Mayor Haci Ugur Polat said they thought to build the July 15 National Will Monument as a memorial of the day when Turkish people prevented an attempted coup, filling the streets for their own liberty.

Polat said Dogan's name and photo would also appear on the monument.