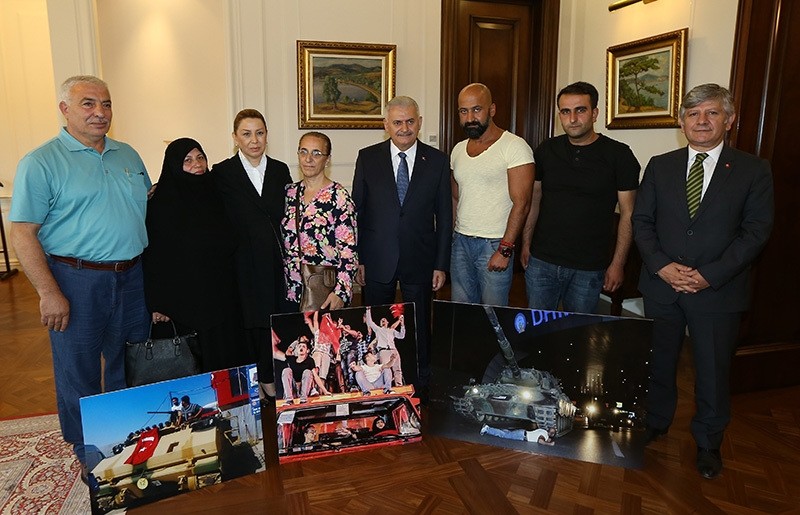 When a small Gülenist junta launched a military coup, they were apparently unaware of a secret force that would counter them: Ordinary people. Unarmed or armed with primitive tools such as dusting clothes they used to clog exhaust pipes of tanks to stop them, the public was able to stop the coup troops that were later apprehended by police.

Yesterday, Prime Minister Binali Yıldırım, who called upon the public to resist the coup for democracy, received people who made the headlines with their heroic stories on the coup night.

Mustafa Özbey, a worker who drove a tank captured from coup troops, Metin Doğan, who lay down in front of a tank in Istanbul to stop it, Şerife Boz and her neighbor Gülseher Yüksel, two women from Istanbul who stood against the coup soldiers, were among the guests of the prime minister.

Addressing his guests, Yıldırım said he was honored and pleased to meet "heroes who became symbols of the resistance." "You made it into the annals of the history. You immortalized the spirit of Anatolian people, their nobility with your deeds," the prime minister told the guests. Özbey, Doğan, Boz and Yüksel told Yıldırım they would be ready to serve the country against any attacks to its democracy. 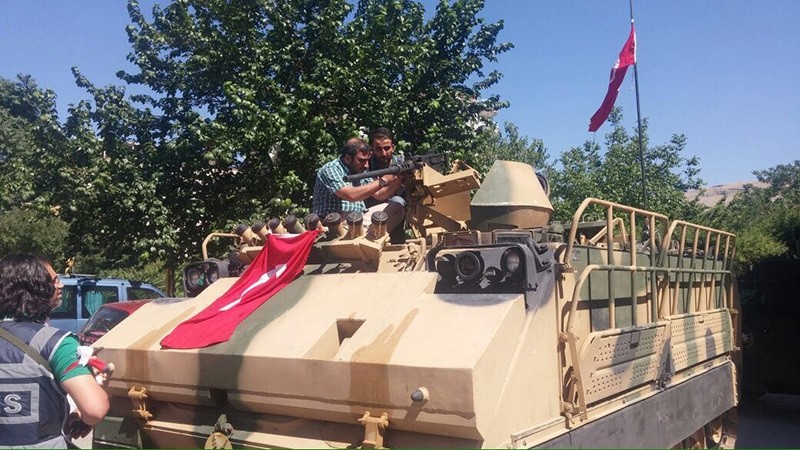 Mustafa Özbey, 30, a construction worker who learned how to drive a tank during his compulsory military service a decade ago, has made the headlines when he joined the police against the coup plotters in his hometown Malatya in eastern Turkey. He volunteered when the police could not find anyone to move tanks and armored personnel carriers captured from the coup troops and surprised officers with his driving skills so much, officers asked him to utilize his tank-driving skills for an offensive into a military base where the coup troops converged. Özbey later told reporters he did not even hesitate when officers told him he could get killed in the process. Just as he started the engine of an armored personnel carrier to carry police officers to enter the base, the coup troops started surrendering. He has said that driving the tank was "the only thing he could do to help the police to fight coup plotters," and he acted out of his fear of a return to a period of coup "like in 1980." 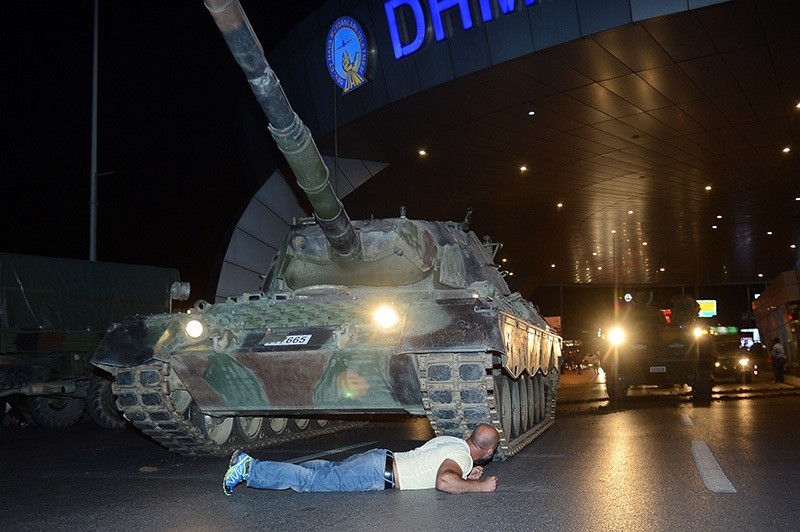 Metin Doğan of Istanbul was at Atatürk International Airport on the night of the coup and made the headlines with an image showing the 40-year-old man lying in front of a tank at the gate of the airport. He was there after he heard the news about a coup underway on TV and soldiers were taking over the airport. Doğan was "shocked" when he heard gunshots and tanks rolling to the airport according to his interview with Anadolu Agency. "I shouted to them 'I was a soldier of Turkey, not you.' The tank stopped first but then moved again. I lay down when it did not stop but it finally came to a halt," he said. Later, police captured the tank from coup troops and Doğan joined others at the airport to keep up the "resistance against the coup plotters" and later in "democracy watch" rallies across the country. "I was awaiting death there. I would be happy anyway because I would be a martyr if they killed me," Doğan said after the incident. 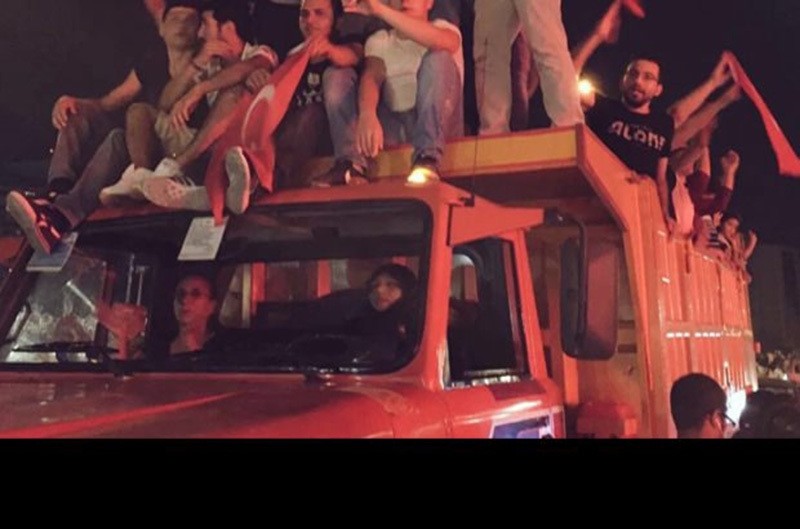 Şerife Boz and Gülseher Yüksel were the women who symbolized public resistance against the coup attempt. "I saw a photo of two ladies. One was wearing a chador. She was behind the wheel of a truck and next to her was a lady not wearing [Islamic clothing], and the truck was full of people. This photo made me cry. With this, our nation showed we are not divided [in the face of coup attempt]," Prime Minister Binali Yıldırım said earlier in reference to two women he received at the prime ministry yesterday.

Boz, 50, was heading to Taksim Square to join a democracy vigil with her neighbor Yüksel, 61. The photo was taken one day after the coup as tens of thousands of people took to the streets to rally against the coup attempt, but Boz was also behind the wheel of the truck to carry people to locations where they resisted the coup attempt on July 15.

Boz, a mother of four, says she confronted the soldiers and the police then detained the coup troops. "I was never afraid. My daughters told me not to go, but I did not listen. My husband told me I could not get the truck to Taksim Square, but I managed to get there," she said.

Gülseher Yüksel was shocked and almost passed out when she saw tanks on the streets. "[Şerife] told me she would go, to stand against the [coup] soldiers. I decided to join her. This was an emotional moment. We were crying all the way. I was so glad when it was over. We took to the streets so that our children, grandchildren, would live in a better country. I feel happier now," she told Anadolu Agency in an interview.