Rallies in support of democracy continue across Turkey with four days left until a large rally in Istanbul that will likely end the daily events, that began after the foiled Gülenist coup attempt

Rallies celebrating democracy and marking public opposition to coups following the foiled July 15 Gülenist putsch, continue as they near their end on Sunday. That day, President Recep Tayyip Erdoğan and Prime Minister Binali Yıldırım and other officials, who are expected to be joined by representatives from the opposition parties, will attend a major rally in Istanbul. Erdoğan, who called on the public to "claim the streets" after the coup attempt during which he escaped an assassination attempt, said recently that it would be a culmination of the "democracy watch" across the country since July 15.

Pro-democracy events are held every night in cities and towns where crowds carrying Turkish flags to patriotic songs in the now common occasion that continue into the early hours of the morning. Through rallies, participants aim to exhibit a show of force against any future coups in the aftermath of the failed coup attempt in which unarmed civilians confronted coup forces. Hundreds who went out into the streets to demonstrate against the coup were killed. 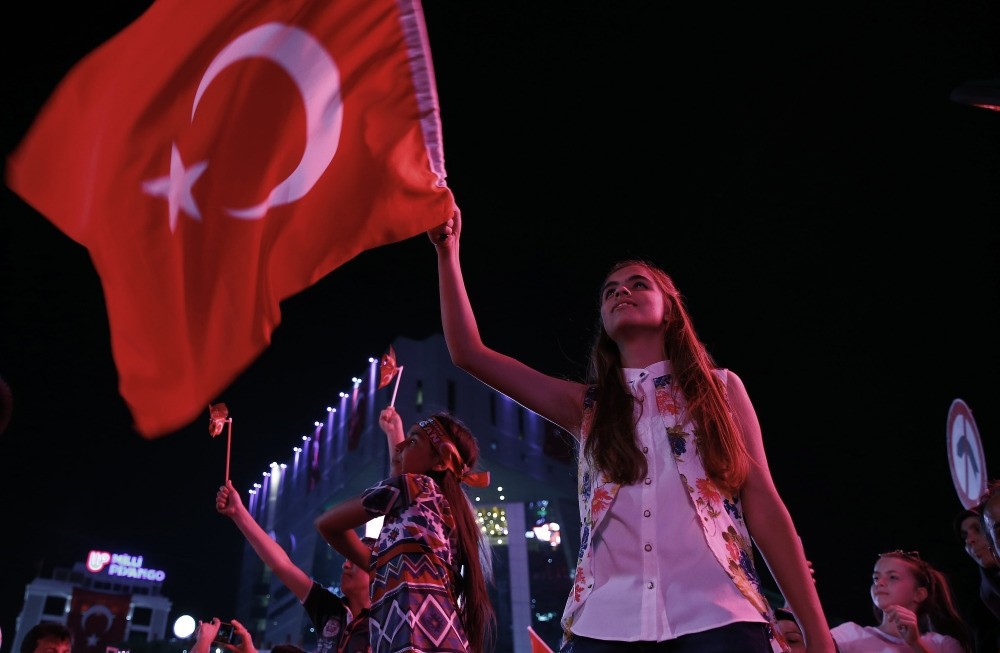 Turnout is high at the rallies, but those in big cities and near state buildings and President Recep Tayyip Erdoğan's residence in Istanbul attract more people.

On Monday night, thousands joined the "democracy watch" outside the Presidential Palace in Ankara, which was one of the targets of the coup forces. Several were killed when coup soldiers opened fire on civilians trying to protect the sprawling compound. Erdoğan was not there at the time. Addressing the crowd, Health Minister Recep Akdağ said that the public resistance to the coup attempt should be an example to the world. "[The coup plotters] failed to predict how you, the people, would react to such an attempt with determination and faith. I believe that the people gathered here today have the same spirit as the woman who walked to the coup troops alone on the Bosporus Bridge on the night of coup attempt," he said, referring to Safiye Bayat, who was shot and injured by coup soldiers when she tried to convince coup troops to lay down their arms. 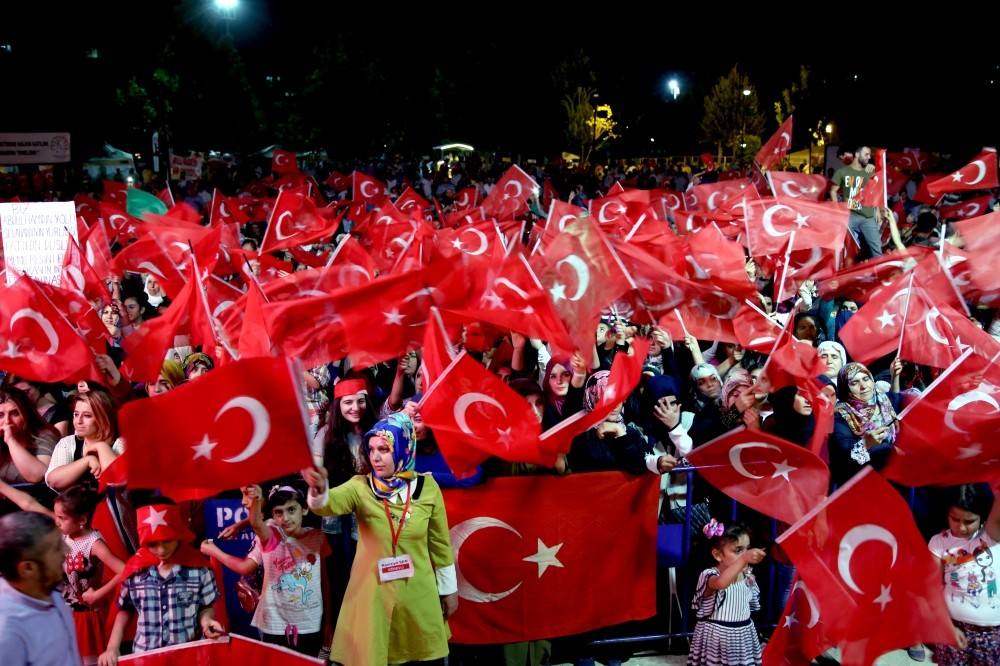 Rallies are not attended by supporters of the ruling Justice and Development Party (AK Party), members of opposition parties as well as foreigners living in Turkey and Syrian refugees attend them. In the western city of İzmir, Syrian refugees joined the "democracy watch" with Syrian and Turkish flags. Muhammad Saleh Ali, the head of a local Syrian association, told Anadolu Agency (AA) that they would always support Turkey, which "extended a helping hand at difficult times for Syrians." The country has taken in nearly 3 million Syrian refugees and has the largest portion of them in the world. Ali said Syrians suffered much from the oppression of a dictatorship and the military and this boosted their support for democracy.

In the southern city of Antalya, a military officer was among those attending the "democracy watch." Col. Yusuf Kelleli, who was appointed as a gendarmerie commander of the city, and his wife attended the rally to denounce the coup attempt. Kelleli was a victim of another Gülenist plot years ago to imprison officers opposing Gülenist influence in the military and was detained for three years before he was acquitted of charges of a coup attempt in the infamous Balyoz (Sledgehammer) case. The colonel recently arrived in Antalya to replace the former commander, Col. Ahmet Yurdagül, who was arrested after the coup attempt. Kelleli said he and his family suffered much from Gülenists. "We will wipe out those traitors from the Turkish Armed Forces even if it costs us our lives," he told İhlas News Agency.

At Istanbul's Taksim Square, a workshop for children is open on the sidelines of each rally. The workshop is funded by the local municipality and a university. It gives children a chance to express their feelings about the night of the coup attempt. Some 800 drawings by children are exhibited at the workshop. They depict warplanes, tanks and soldiers and the workshop aims to showcase the trauma children suffered. Zeynep Banu Dalaman, a sociologist who oversees the workshop, said the drawings reflected children's fears at the time of the coup and dark colors and red dominated the children's work, indicating how much they were affected. "Most children draw flags or a family hiding under a flag. They believe flags protect them," Dalaman told AA at Taksim Square where almost every participant of the rally has a red crescent and star flag.
RELATED TOPICS