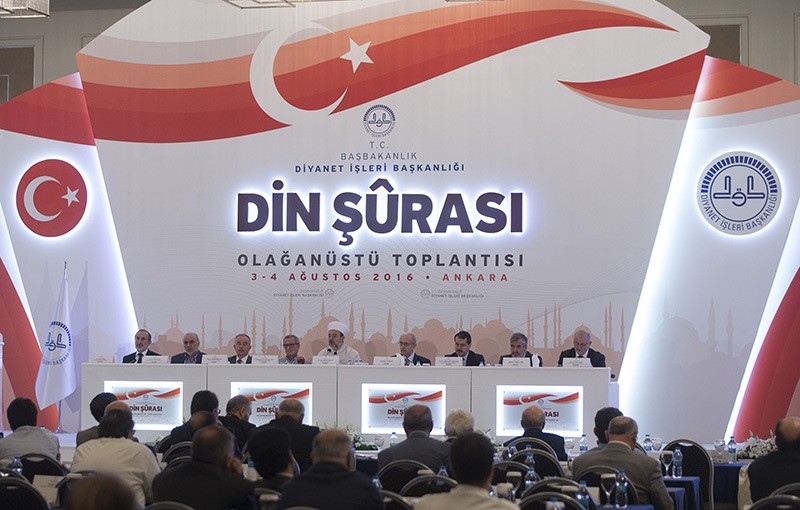 The Presidency of Religious Affairs (DİB, better known as Diyanet) issued a declaration on Thursday denouncing the coup attempt on July 15 by a military junta loyal to the Gülenist Terror Organization (FETÖ), saying FETÖ used religion to cover illegal activities, in Turkey as well as abroad.

The declaration was given by DİB head Mehmet Görmez following an extraordinary meeting of the Religious Council, a national board which includes prominent DİB Islamic scholars as well as professors from various theology faculties, held on Aug. 3-4 in Ankara to assess recent developments.

The declaration said: "The FETÖ movement has exploited religion," and added that it is a "power and interest movement that appeared under the guise of religion."

The declaration said that the "shady" organization is an "unethical movement" with dubious religious references, and has used secretive and duplicitous means to hide its agenda, including the use of code names. FETÖ is described as a divisive movement that has damaged Islam.

Speaking to Daily Sabah after the meeting, Görmez reiterated that FETÖ's biggest attack has been upon the understanding of Islam, the public perception of religion and also on the faith of Muslim youth.

"Due to this attack, youth lost trust in religion and religious values. We have to provide new tools and ways, establish a new narrative to provide true knowledge to repair damaged perceptions. A restructuring of religious methodology is needed to avoid nihilism among the youth. This is necessary for other religions, too. It is dangerous for religions when truth is considered the monopoly of one person, and when people rent out their brains to these figures. Such restructuring is necessary for other religions, not just in the Middle East, but also in Europe."