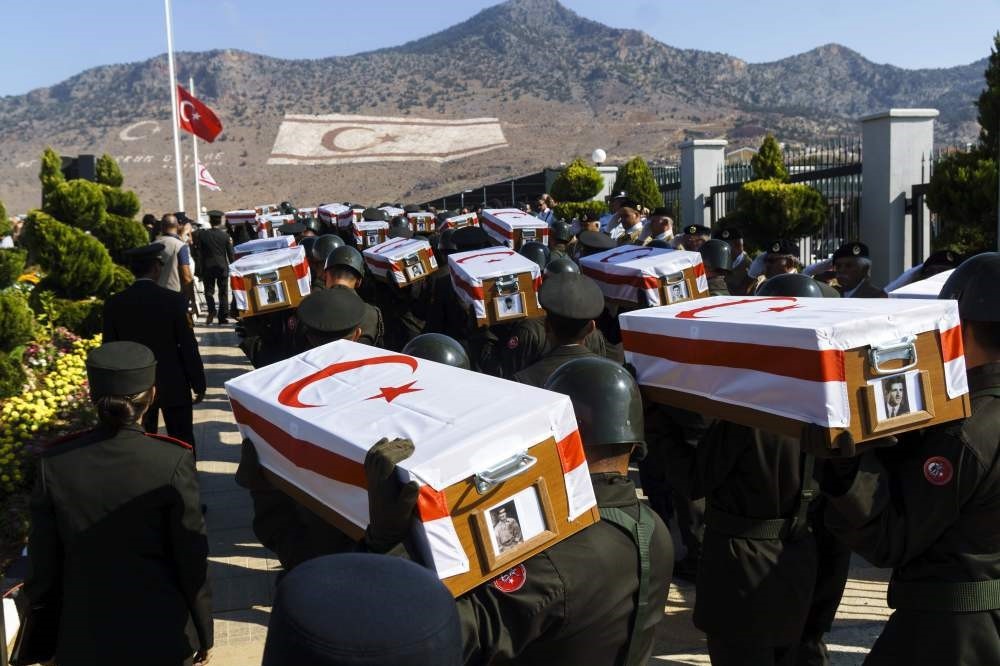 Soldiers carry coffins with remains of 33 villagers.
by Compiled from Wire Services Aug 16, 2016 12:00 am
At a time of a slight progress in reconciliation talks, Turkish Cypriots have buried their missing relatives 42 years after they disappeared during a conflict with Greek Cypriots.

In the Turkish Cypriot village of Taşkent in the northern part of the island, which is unrecognized by Greek Cyprus and the international community, the remains of 33 villagers who were shot and killed in 1974 were reburied yesterday in a solemn funeral. On Aug. 14, 1974, when Turkish troops landed in the Turkish Cypriot-majority north to prevent Greek Cypriots from taking it over, Taşkent's men were rounded up, and taken away on two buses and shot dead.

A large number of people went missing in the 1960s as tensions between Turkish and Greek Cypriots escalated to abductions and extrajudicial killings. Although the Turkish military operation in 1974 succeeded in stopping the killings, the burial sites of those missing remains unclear, and work to identify discovered remains is taking a long time. Time remains the main obstacle to identifying the remains, as time has passed, the meticulous work for forensic teams to identify the victims has been hindered by a lack of witnesses and relatives.
RELATED TOPICS