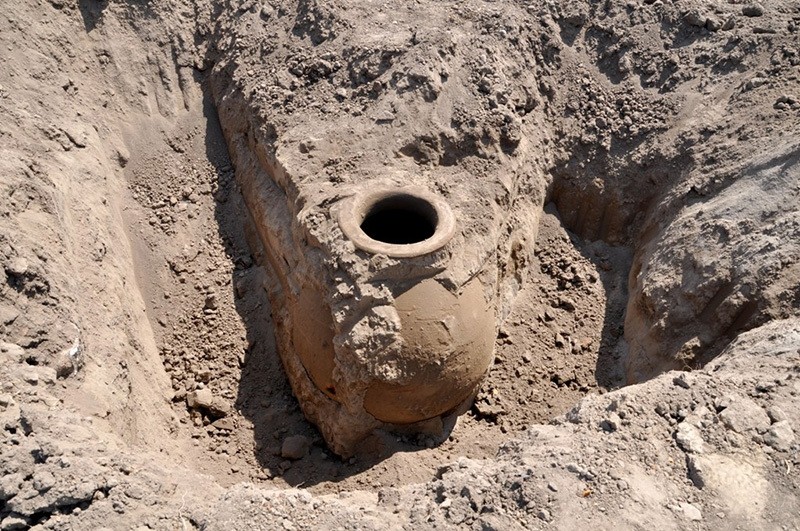 A farmer in Turkey's western Bursa province has come across a 1500-year-old jar buried in his field.

According to Doğan News Agency, the farmer was on his tractor, working in his field in Karacabey district of Bursa, when came across the jar. The farmer informed the authorities and upon the arrival of a team from Bursa Archeology Museum, the jar was dug out from the land.

According to the initial findings and investigation report, the 1.5 meter tall jar is believed to be from the Roman period and nearly 1500-years-old.