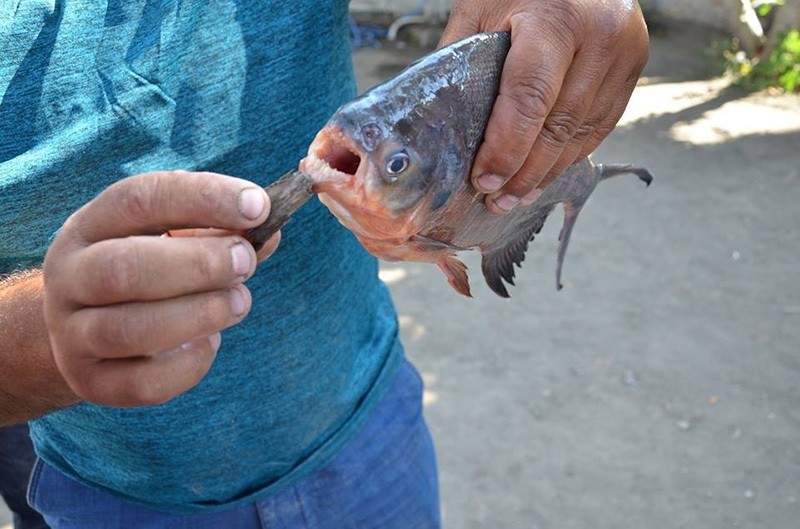 A group of amateur fishermen were left bewildered when two piranhas, the omnivorous fish indigenous to South American rivers, appeared in their nets in Yeşilırmak River, in the central province of Amasya, on Tuesday.

The fishermen brought one fish to the provincial Food, Agriculture, and Livestock Directorate to be examined.

Technical staff from the Directorate went to the area where the fishermen had captured the fish, which were confirmed to be piranhas, a species that does not exist naturally in Turkey.

A statement released by the Directorate said that the fish are believed to have been released into the river, and urged locals to be cautious when they come across piranhas and not to release them back into the river if captured.