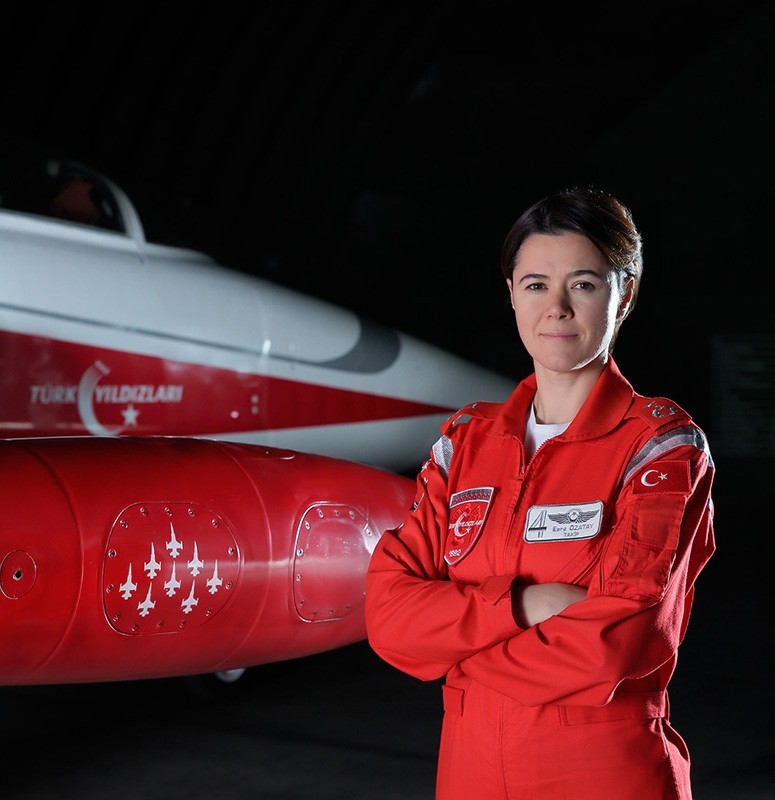 Major Esra Özatay became the first female wing commander of the Turkish Air Force after taking control of the 134th Wing on Thursday.

The 39-year-old accepted the command of the 134th Wing, the national aerobatics team of the Turkish Air Force, also known as the Turkish Stars, from lieutenant colonel Şenol Çetin during a command ceremony on Thursday.