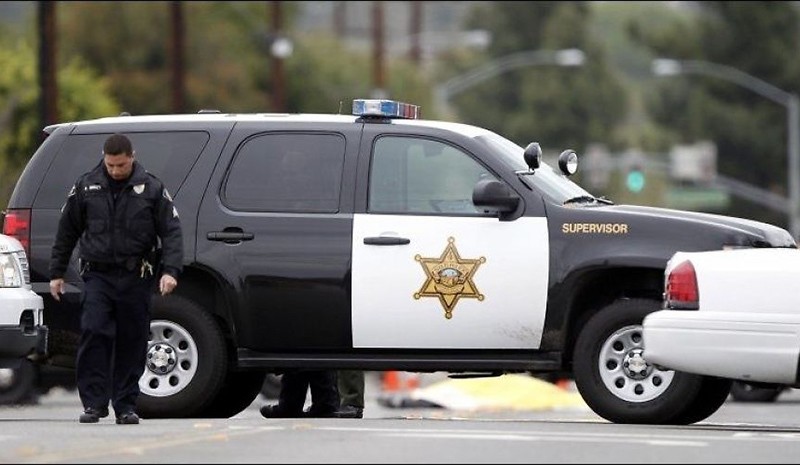 A Turkish academic died of multiple gunshots fired by a man who was trying to rob him and his wife during their honeymoon on Thursday night in Orlando, Florida. Although the police have launched a manhunt to find the shooter, the incident raises questions about the safety of tourists as well as locals in the area

Associate Professor Osman Nuri Darcan, 52, was killed on Thursday in Orlando, Florida, during an armed robbery targeting his wife. He and his wife Kıvılcım Diker, 44, who is a lecturer at Yeditepe University in Istanbul, drove to Orlando from Miami on Wednesday and checked into the Wyndham Orlando Resort to spend their honeymoon in one of the most visited U.S. tourist destinations.

The couple arrived at their hotel around 01:45 a.m. on Thursday night. As they were getting out of their car in the hotel parking lot, an armed robber attempted to take Darcan's wife's handbag. While Darcan was trying to project his wife, the robber opened fire at him and ran away empty handed to jump in a "reddish-orange" car, which was awaiting the assailant at the crime scene. Orange County officials stated that the police officers answered the 911 call in two minutes, but Darcan died at the scene due to multiple gunshot wounds. Eyewitnesses described the assailant as "a heavy-set male with dark skin and bushy eyebrows." Darcan's wife has reportedly contacted the Turkish consulate and hired a lawyer specialized in crimes involving tourists in the U.S. after the traumatic experience.

Associate Professor Darcan was a faculty member at Boğaziçi University, one of the top universities in Turkey. He lectured in the Department of Management Information Systems where he was also one of the founding academics of the department. He received his bachelor's and master's degrees and his PhD from Boğaziçi University.

On social media, his students described him as a very funny person who was always there for his students. One of his students sent a statement to U.S.-based News 6. The statement read: "He was a man of principles. He had certain ideas and he was always ready to stand with them, protect them. I believe he was doing the same while trying to protect his wife. I still can't believe it."

Darcan was a faculty member at Boğaziçi University for more than 30 years. The university confirmed his death on Thursday evening on Tweeter. Their message read, "Our Newest Member Associate Professor Department of Management Information Systems, Dr. Osman Darcan, lost his life as a result of an armed attack in Orlando."

Following the tragedy, the three-star hotel Wyndham Orlando Resort released a statement saying: "We are shocked and saddened by this incident, and our thoughts are with the victim and his family during this devastating time. The safety and security of our associates and guests is our top priority, and please know that we are cooperating with the authorities in their investigation. Given that this is an active investigation, we're unable to provide any details or comment further and ask that you direct all questions to the local authorities."

The district around International Drive, or "I-Drive" as locals call it, is characterized as among the safest areas in Orlando. The police have assured locals as well as tourists that they will increase the number of patrols according to Orlando Click. "Unfortunately, in the world that we live in today, there's always danger and we all need to be alert and aware of our surroundings," Orange County sheriff's Deputy Rose Silva said to local press. "I know that people are in vacation mode, but there are people out there looking to harm us, so keep your eyes and ears open."

Orlando has been the top tourist destination in the United States for the past two years, with 66 million visitors last year. Yet the killing was only the latest troubling headline coming out of the tourism-dependent metro area. While the American police have increased patrols following the recent terrorist attacks, Orlando continues to land on the front page due to crimes committed in the region.

Some tourists spoke to local TV stations and stated their worries. Jessica Angelone, who is visiting from Sweden with her grandmother and witnessed the attack, has questioned the safety of the area. "I am just here, and I don't feel very safe," she said. "With my grandma, we are only two ... and to see (the shooting), it is very frightening." Elsa Asgeirsdottir, in town from Iceland, woke up to deputies knocking on her hotel room door. "At 6:30 a.m., they woke us up, and they didn't tell us what it was, they said accident but I didn't know what it was," she said. "This is creepy," she said. "I'm a little afraid."

One June 12, Omar Mateen, a 29-year-old security guard, killed 49 people and wounded 53 others in a terrorist attack/hate crime in a gay nightclub in Orlando. It was the deadliest mass shooting by a single shooter and the deadliest incident of violence against LGBT people in the history of the U.S.