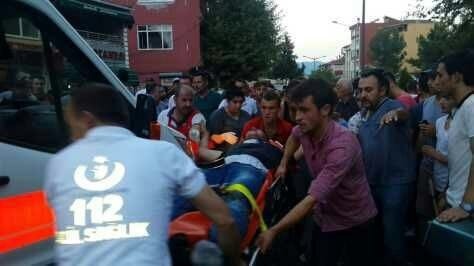 Authorities declared a curfew in Sinop province in the Black Sea region of Turkey after eight people were injured when two groups' street fight turned violent.

The two groups started attacking each other with sticks and stones for an unknown reason in the afternoon hours in Durağan district of Sinop, however, the incident took a serious turn quickly after several families carrying knives and firearms joined the fight.

Eight people were injured and taken to a nearby hospital, windows of many shops and cars were smashed, the police said. Meanwhile, a curfew was declared to disperse over 100 people who joined the fight.