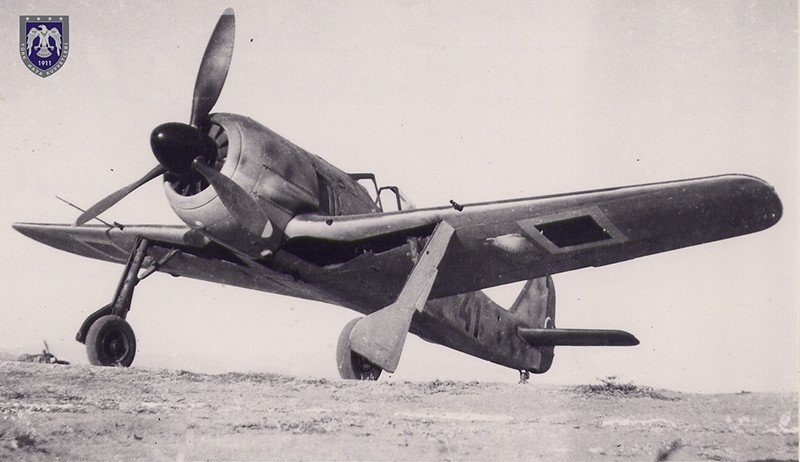 Aviation enthusiasts hope to shed light on a bizarre chapter in the history of the Republic of Turkey with the excavation of an area in the central city of Kayseri. The site, at a now-defunct airport currently used as a military headquarters, is allegedly home to more than fifty Focke-Wulf FW-190s imported from Germany that were reportedly "buried" after they were decommissioned some 70 years ago.

Although aviation experts dispute the improbability of the burial of the single-seat fighter aircrafts en masse and claim they were sold for scraps after they were decommissioned, others believe they are still preserved underneath, wrapped in sheets.

Turkey had acquired 72 planes from Nazi Germany at a time it was pursuing a delicate foreign policy both with Axis and Allies and was struggling not to take sides. Per an agreement signed in 1941, Turkey sold iron and chrome ore to Germany in exchange for the planes that were handed over to Turkey in 1943. Some 50 planes were sent to Kayseri where a major airbase is located. Secret documents that were recently revealed show an agreement with the United States in the post-war period, which spelt the end for the planes in 1947. Ankara and Washington had signed an agreement for acquisition of the fighter aircrafts after World War II, and according to the agreement, Turkey had to destroy German-made aircrafts in return. Subsequently, the planes "disappeared" from the inventory of the Turkish army, and were reportedly buried for possible future use.

Researchers pressing on the government to recover the planes finally had the opportunity for excavation work at the site last year, but red tape delayed the process. However, the process is expected to resume soon, months after metal detectors detected traces of buried planes.

Uluhan Hasdal, an amateur aviation historian, said the planes may still be operable, as they were made to endure corrosion. Nejat Çuhadaroğlu, founder of Hisart Museum, seeks to exhibit the planes in his museum and hold talks with army officials for excavations. "If recovered and allowed to be exhibited, they may be the first Focke-Wulf FW 190 planes to be exhibited in the world," he says.