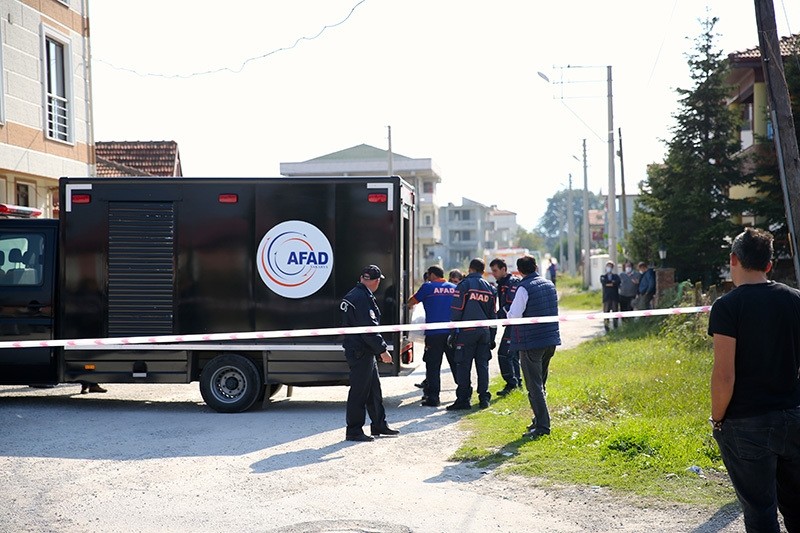 A street in Arifiye district of northwestern Sakarya province was placed under quarantine after a 16-year-old children suffered poisoning from a suspected radioactive material.

The locals were evacuated by units from the Disaster and Emergency Management Presidency (AFAD).

Authorities said that the suspected radioactive material is believed to be a part of a machine used for measuring steel inside a dam construction. Units from the Turkish Atomic Energy Authority (TAEK) were called from Ankara for further examination.

The child's father told reporters that his son went to the dam construction site to visit his uncle, and found three or four pieces which looked like rosary beads.

The child was taken to hospital on Wednesday and was given an injection for symptoms of nausea. But bruises and wounds then appeared on his body, and he was taken back to hospital, where doctors suspected he was suffering from radioactive poisoning. The hospital's emergency service for children was shut down and personnel were evacuated.

Following measurements of levels of radiation, the emergency section was reopened for service.