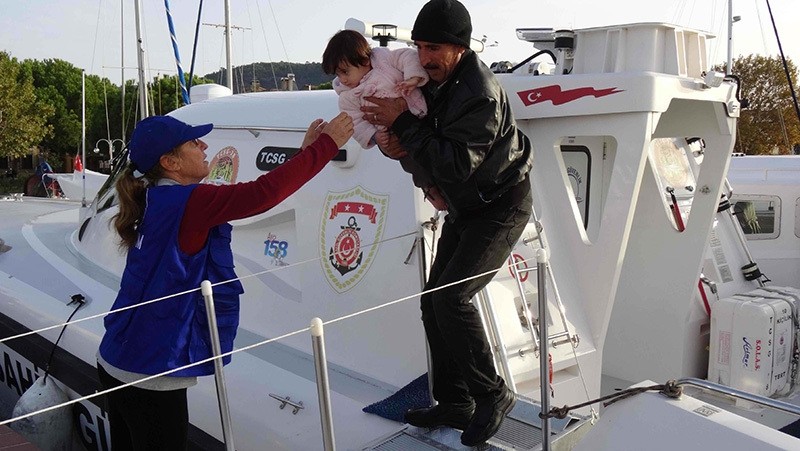 Thirty foreigners were rescued by the Coast Guard after their motorboat broke down overnight Wednesday in the northern Aegean Sea off Çanakkale's Ayvacık district, a Coast Guard security source said.

The source, who asked not to be named due to restrictions on speaking to the media, said that at around 3.00 a.m. (0000GMT) a boat with a group of Congolese and Syrian migrants, including women and children, broke down about two miles off the coast. The group was trying to illegally reach the Greek island of Lesbos.

After they were unable to fix the engine, the migrants used their cellphones to call the Turkish Coast Guard for help.

The people in the boat, 16 Congolese and 14 Syrians, were provided with blankets, shoes, and sweaters and taken to a repatriation center in Ayvacik.