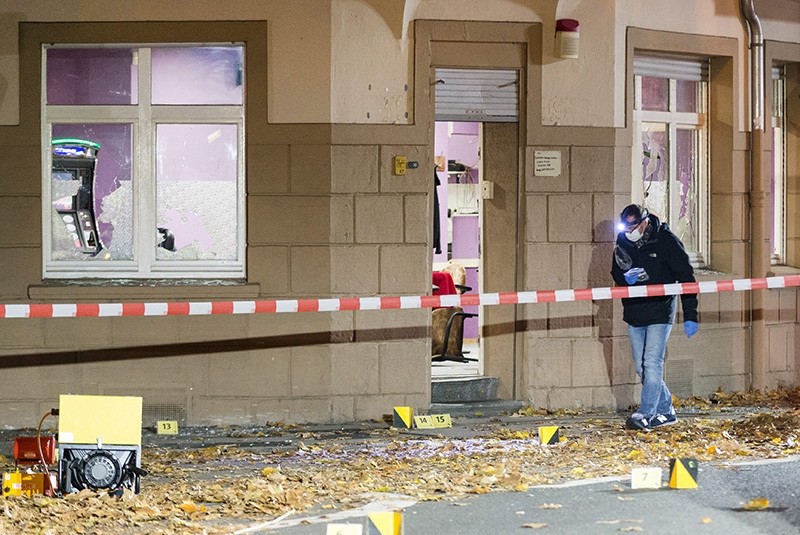 A group of suspected pro-PKK assailants attacked a building belonging to a Turkish man in Essen city located in Germany's North Rhine-Westphalia by Molotov cocktails late Friday, reports said on Saturday. The attack follows a number of developments which took place on Friday, including the detention of some pro-PKK Peoples' Democratic Party (HDP) deputies, followed by a terrorist car-bomb attack in Turkey's Diyarbakır province, and statements by Turkish politicians condemning Germany and Europe for failing to condemn terrorist groups in Turkey.

According to reports, the group consisting of around 10 suspects targeted a café on the first floor of the building, which belongs to a Turkish man by the name of Cengiz Cura and threw Molotov cocktails.

The windows of the café were damaged in the attack, while a small fire reportedly took place.

Speaking to Doğan News Agency, Cengiz Cura said that the attack took place at around 9 p.m., when customers were still inside the café.

"I don't know who dares to carry out such an attack when there are people inside" Cura said and added that the building has been seriously damaged as a result of the attack.

The unidentified attackers, who reportedly covered their face with scarves used by PKK terrorists then shot iron balls at the windows on the second floor of the building, where a German family reportedly resides in.

Police reportedly launched an investigation to find the perpetrators.

Turks make up one of the largest Muslim-majority minorities in Germany with a population of at least three million according to unofficial figures. Although they have already suffered racist and at times deadly attacks in the past, a recent increase in the flow of migrants especially from the war-torn Middle Eastern country of Syria, gave rise to racist and Islamophobic attacks targeting both Turks and other minorities.

Nowadays, Germany faces criticism for its refusal to pursue the FETÖ members whose sympathizers freely operate in the country, operating schools and large companies despite several of the prominent Gülenist figures residing in Germany being wanted in Turkey. They are believed to be in hiding.