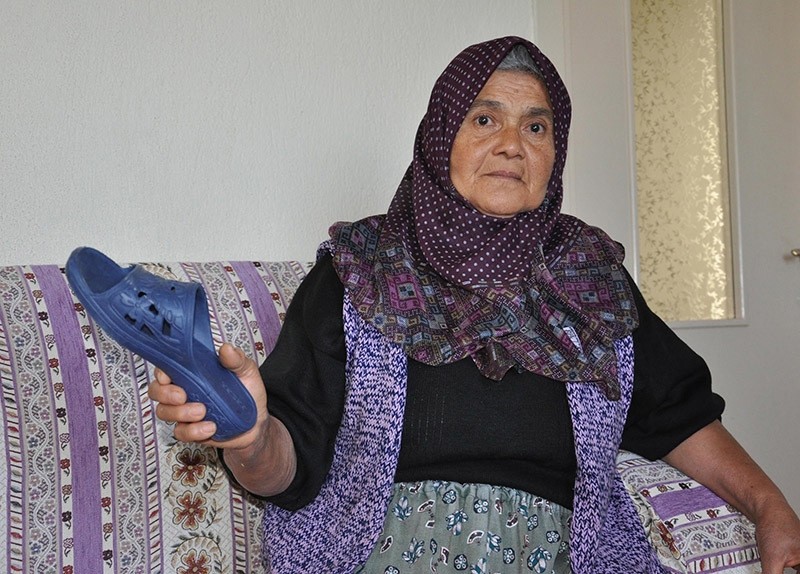 A 63-year-old mother may face a five-year-long prison sentence for throwing a plastic slipper at her 38-year-old son, who filed a complaint to the police.

During a heated argument in her home in the Honaz district of southwestern Denizli province on March 13, Şenay Güzel threw her slippers at her son, Hasan Güzel, apparently missing both times. 38-year-old Hasan went to a local police station in response and filed a complaint even though he was not hit.

The public prosecutor launched an investigation upon the complaint and prepared a criminal charge regarding the case, in which he sought imprisonment from two to five years for attempted actual bodily harm in line with the Turkish Penal Code. The criminal charge was accepted by the 6th Criminal Court of General Jurisdiction.

Şenay Güzel stated that she did not know slippers were considered weapons.

"I threw my slipper, because my son insulted me. It didn't even hit him. If I had known that slippers count as weapons, I wouldn't have thrown them. And what if this slipper hit someone, it wouldn't even hurt. Is there any mother who does not throw slippers at her child while angry at them?" she said.

Hasan Ozan Orpak, Şenay Güzel's lawyer said that they were impatiently waiting for the ruling.

"From now on, mothers should think twice before throwing slippers. We don't know if every slipper throwing mother will be tried now. But if a complaint is filed, why not? These mothers may be sentenced to prison from two to five years."