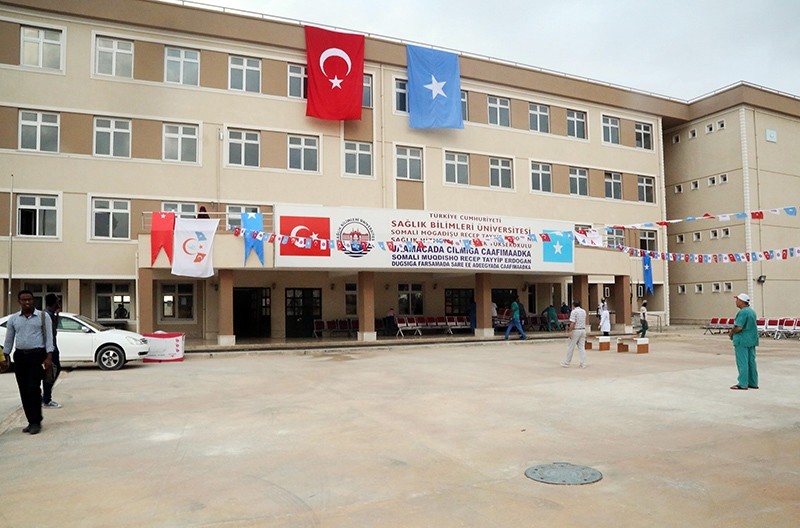 The Recep Tayyip Erdoğan School of Health Services was inaugurated in Somalia's capital Mogadishu on Sunday as the country's first graduate school of health sciences.

The Turkish president's name was placed on the school as an indication for the support Turkey has for its establishment.

It was the first health institute the Turkish Health Ministry founded abroad, according to Turkish Ambassador to Mogadishu Olgan Bekar, who attended the ceremony.

Somali Interior Minister Abdurrahman Muhammed Huseyin, said the institution would train health personnel to serve Somalis and that it and other Turkish projects are the results of Erdoğan's visit to Somalia in August 2011.

For its support for Somalia and projects there, he said Somalia would never forget Turkish contributions to his country.

The two-year program wil include nursing, childbirth and other health sciences courses and they will receive a nine-month Turkish language training prior to the program.