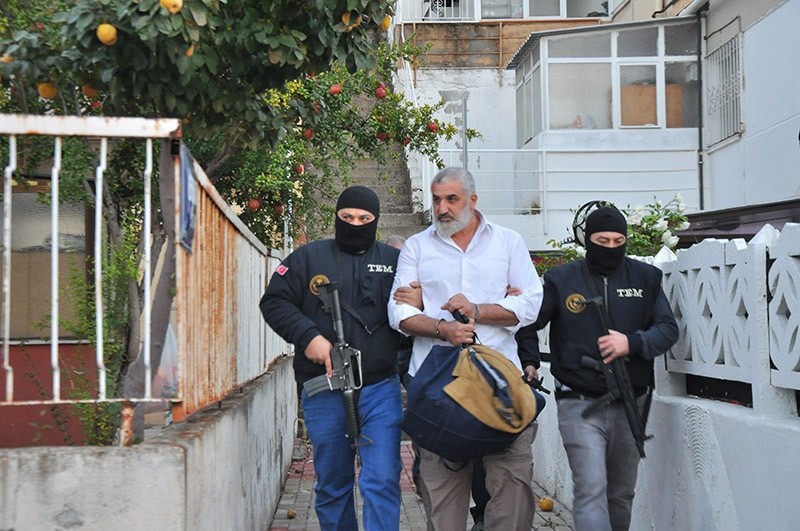 Five persons linked to the terror organization Daesh were arrested in Izmir on Thursday morning.

Counter terror units from Izmir Police Department launched an operation against Daesh members who had previously been engaged in areas in Syria and Iraq.

Simultaneous raids were carried out in the districts of Konak, Çiğli, Tire and Torbalı early in the morning, and five suspects were detained.

The units discovered terrorism-related materials in the houses. Many books, magazines containing Daesh content and pump rifles were confiscated.

The suspects were transferred to the police headquarters for questioning.

Turkey has deported more than 3,290 foreign terrorist fighters from 95 countries since 2011 and refused more than 38,269 individuals' entry to Turkey in its fight against the terrorist group, which counts the Muslim-majority country among its enemies.

Daesh is responsible for a string of terror attacks in Ankara and Istanbul, as well as cross-border fire from Syria that has killed a number of residents in Turkish border towns over the last year.