Scientists search for secrets of longer lifespan in northern Turkey 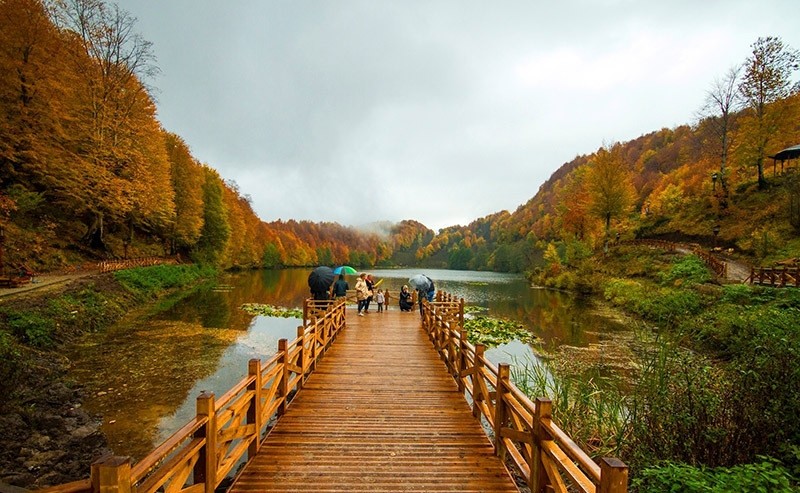 Gölköy, a district of Ordu located in the Black Sea region, has been revealed as having the highest life expectancy in Turkey with an average resident reaching 82 years of age.

A team from Akdeniz University published "Turkey's Aging Atlas" last year, compiled by gerontology chief of department Prof. Dr. Ismail Tufan and his team using data from the past 15 years.

This week a symposium, "From Local to Center: Aging People and Society ", was organized at Gölköy to discuss average life expectancy and scientists from various universities, national and international gerontologists delivered speeches on different aspects of aging.

Ordu Governor Irfan Balkanlıoğlu stated during his speech that Ordu is one of Turkey's cities richest in oxygen.

"There is no industrial area nearby that could damage nature. Agricultural pesticides are not commonly used, in fact there is almost no agricultural spraying. Ordu is surrounded by nature and forests, people living here have a natural diet", he said.

The governor also added that Gölköy should be promoted for touristic reasons. Containing Ulugöl lake and many surrounding streams and beautiful waterfalls, Gölköy is the perfect location for a vacation.

Prof. Dr. Terence Seedsman attended the symposium from Australia and underlined some critical issues about aging.

"We can say that in many countries aging policy has not been identified yet despite the rise in the number of elderly people," he said. Aging will affect all political areas in the near future including social welfare and politics. From pensions to social prosperity, housing services, settlement services, employment, town planning, health, education and nursing services, as well as the relationship between the generations, the effects of the aging population will be reflected in various fields. Not being capable of looking forward and taking short-term measures characterizes policies of modern times and causes many problems."