Over 13,000 bird nests placed in Artvin’s forest for biological battle 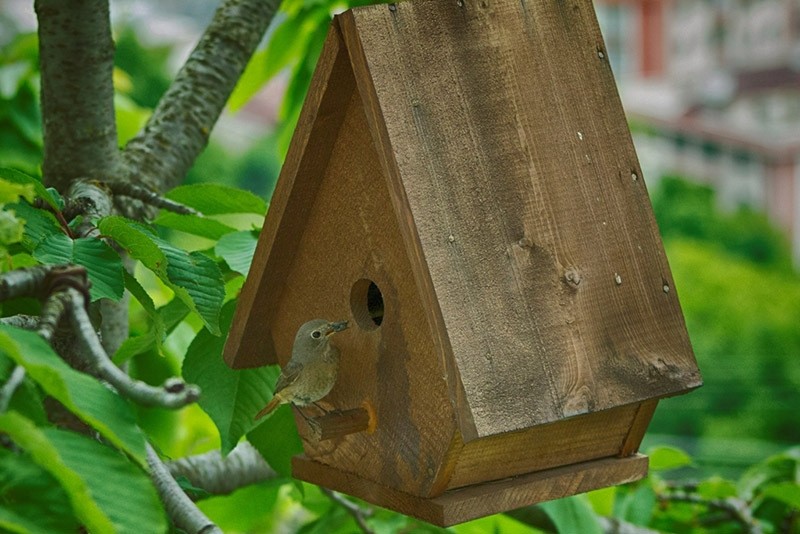 A total of 13,600 thousand bird nests have been placed in Turkey's northeastern province of Artvin since 2004. The nests were distributed over 4,465 hectares of forest area as part of a biological battle.

Artvin's Regional Director of Forestry Selim Gurbetoğlu stated that the wooden nests were built for homeless birds and placed on trees to fight against pests in the region.

According to Gurbetoğlu, the aim is to increase the bird population in Artvin's forest in order to decrease the amount of pests.

This year 700 bird nests were built and it was also confirmed that all the nests have been inhabited.

Birds support the battle against pests by feeding on them and therefore keeping the natural balance intact.

"They mostly need larva and butterfly caterpillars in order to feed their babies. Excessive reproduction of pests is prevented. We built bird nests in order to protect insectivore birds and ensure their reproduction," Gurbetoğlu stated.

The nests are hung, according to right techniques, three meters above the ground, and carefully placed at least 10 meters away from the roadside.

They are cleaned at regular intervals, and as they eventually rot due to natural circumstances, deformed bird nests are replaced with new ones.

"We also want to place these bird nests in public places like picnic areas and city forests, so that people can observe different bird types and change their perspective in a positive way," Gurbetoğlu added.