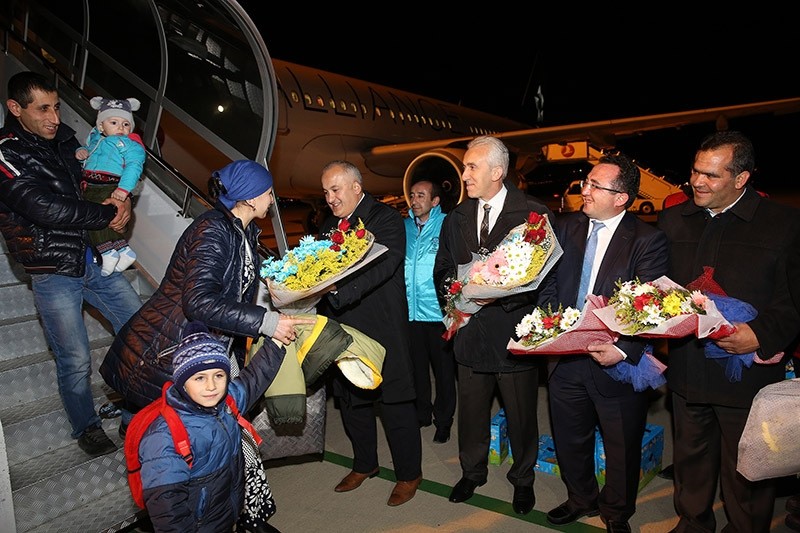 More than 300 Meskhetian Turks, from the Turkish-speaking minority in eastern Ukraine, arrived in Turkey's eastern Erzincan province early Friday.
The group, also known as Meskhetian Turks, have fled their homes during the conflict between Ukrainian forces and pro-Russian separatists in the eastern region of Ukraine.

This is the fourth group that has been brought to Turkey. Approximately 1,200 Meskhetian Turks have arrived in three separate groups since December to the Üzümlü district of Erzincan, where the government has provided furnished apartments.

Erzincan's deputy governor, Ahmet Türköz, told Anadolu Agency that around 595 families will be brought to Erzincan.

According to the World Meskhetian Turks Association, nearly 25,000 Meskhetian Turks live in Turkey. In 1944, they were expelled from their homeland, the Meskheti region of Georgia, by Soviet leader Joseph Stalin.

Many migrated to Ukraine with the break-up of the Soviet Union, where they settled in shantytowns used by seasonal workers.