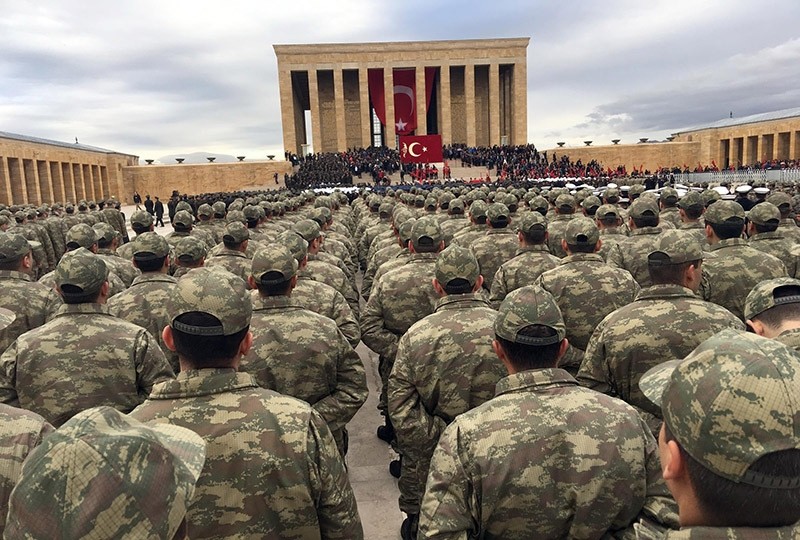 The family members of the victims of the July 15 coup attempt, organized by the Gülenist Terror Group (FETÖ), will be exempt from military service unless there is objection from their end.

As part of a new statutory decree, the government abolished the compulsory military service requirement for the male children and brothers of the citizens who lost their lives in the failed coup attempt, and those who are currently serving in the military will also be able to demand their discharge.

The new regulation has been published in the Official Gazette on Tuesday and has entered into effect.

Military service is mandatory for all Turkish males aged between 20-41 with some exemptions and exceptions.

On July 15, 2016, Turkey experienced a failed coup attempt organized by FETÖ to topple the democratically elected Turkish government. 248 people were killed and 2,193 were injured.