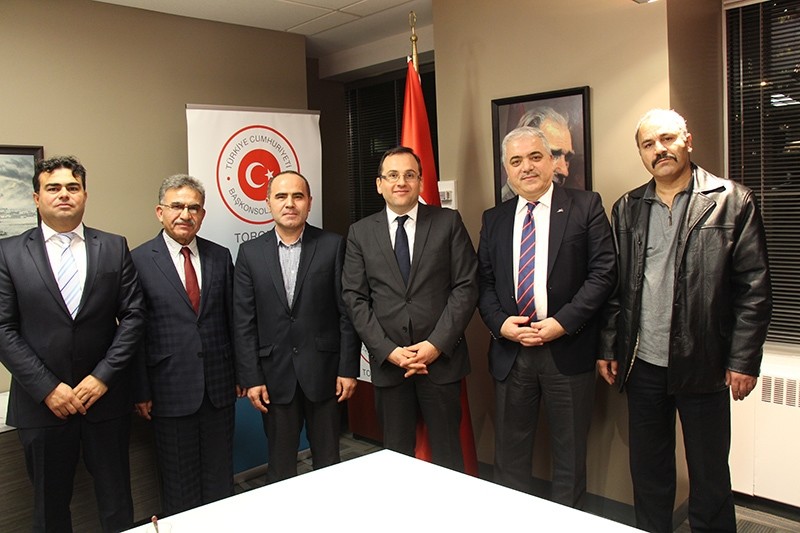 A new Turkish-Canadian association has been established to strengthen the cultural bridges between the two countries, reports said on Saturday.

The Canada-Turk Islamic Unity (KATİB) Association led by its president Ahmet Er announced that the association will aim to contribute to the success of the Turkish community living in Canada and will respond to their needs.

The association will also try to serve the needs of the Muslim community living in Canada and reinforce relations between different communities.

The members of the newly-established association paid a visit to Turkey's Consul General Erdem Şen in Toronto, who welcomed KATİB.

"We hope that KATİB successfully served the Canadian Turkish community and will support the association's work" Consul General Şen said.

Around 50,000 Turkish citizens reside in various parts of Canada, mainly in major cities such as Toronto and Montreal.

Over the years, the two countries have strengthened relations and cooperation.

Until the opening of a Consulate General in Toronto in 2010, Turkey only has an embassy in Ottawa. In 2015, another Consulate General was opened in Vancouver, and there are honorary consulate generals in Halifax, Saskatoon and Edmonton.