PM Yıldırım urges Turkish women to speak out against sufferings 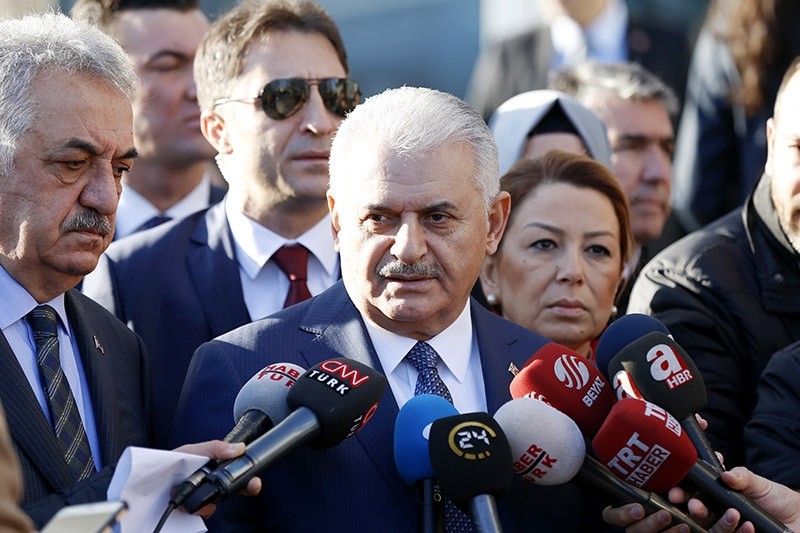 Prime Minister Binali Yıldırım Monday called on Turkish women to launch a movement of conscience, and be the voice of the suffering women in Syria.

"Let's start a conscience movement from Turkey. Let's be the voice of the suffering women in Aleppo," Yıldırım told a Parliament event commemorating the 82nd anniversary of women's suffrage.

He added that Turkey's all public and private institutions; including non-governmental organizations should "get together" and "draw attention to the human tragedy next door."

Syria has been locked in a devastating civil war since early 2011, when the Bashar al-Assad regime cracked down on pro-democracy protests -- which erupted as part of the "Arab Spring" uprisings -- with unexpected ferocity.

Yıldırım also praised the "increasing" number of "prominent" women politicians in the parliament.

Turkey was among the first nations to give women voting rights: In local elections on April 3, 1930, and full voting rights on Dec. 5, 1934.

Women deputies in Turkish Parliament have become ever more active and effective since the first women were elected on Feb. 8, 1935.

The number of women in the Turkish Parliament was about 4 percent in 1935, but according to the TurkStat, it grew to over 14 percent by 2012.

There are today more female deputies than ever before, with 81 women in parliament.