Thousands apply to join the army after July 15 coup attempt 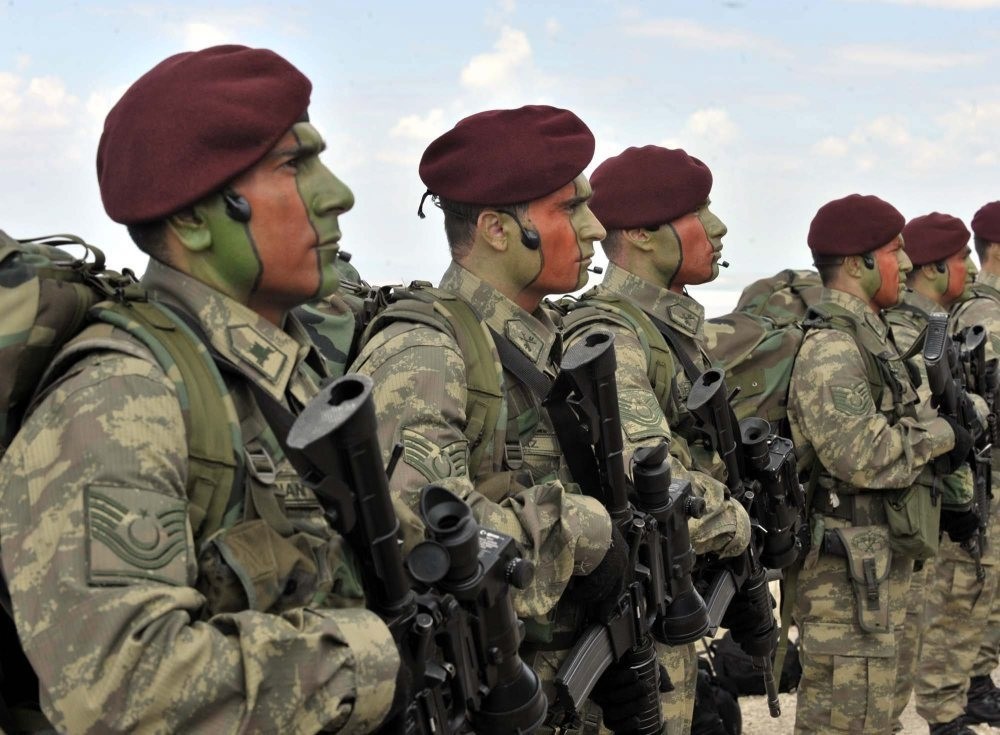 Amid a rise in patriotic fervor during the aftermath of the foiled July 15 coup attempt, more than 230,000 people have applied to enroll in the Turkish military, according to the latest figures

As Turkish Armed Forces (TSK) faces a slight staff shortage following the dismissals and arrests of a large number of troops involved in the July 15 coup attempt, people have lined up to extend a helping hand. A total of 233,787 people applied to the Defense Ministry to voluntarily join the army which consists of conscripted privates and sergeants and career officers.

Turks, known for their deeply entrenched patriotism regardless of their ideology, were at the forefront of efforts to stave off the coup attempt blamed on the Gülenist Terror Group (FETÖ). When FETÖ-linked troops rolled tanks on the streets, unarmed civilians wielding only flags stood against them. Some 248 people, including police officers resisting the coup and soldiers not taking sides with Gülenist officers, were killed in the process.

Defense Minister Fikri Işık is apparently pleased with the flood of applications by "the youth loving their country and nation."

Işık's ministry, which had a restricted role in controlling the military before the putsch attempt, is now tasked with enrolling new recruits. Instead of separate military schools, a National Defense University was established after July 15 that will oversee military schools that will train future officers for the country's Air Forces, Naval Forces and Land Forces.

"We are getting stronger as the military is cleared of traitors," the minister told the local press, in reference to the putschists.

A majority of applications are for the Special Forces, an elite branch of the military which did not accept applications except from other units of the military before the coup attempt. The Special Forces and its headquarters was one of the targets of pro-coup troops. The headquarters was a scene of a heroic act by Sergeant Ömer Halisdemir, a Special Forces officer who fatally shot a coup general, only to be killed by the coup general's aides. The killing effectively stopped coup troops' advance into the headquarters, thus, sparing a force vital against the coup from the control of putschists.

Although strict training daunts even hardened veterans of the army, more than 35,000 people have already applied to join the Special Forces which seek to enlist 200 officers and 500 non-commissioned officers.

"We will have new Halisdemirs," Işık said.

The defense minister said the National Defense University will start operating next semester and will be included among the higher learning institutions the students will be allowed to choose among in next year's university admission exams.

Turkey's new military might be composed largely of civilians after the military started admitting civilians for the posts of officers and non-commissioned officers originally chosen among cadets at military schools.

"We are addressing the military's staff requirements quickly and efficiently," Işık said.

The minister added that they were meticulously screening the cadets and officers in security checks "to prevent a repeat of problems that happened in the past," referring to the widespread FETÖ infiltration in the military.

The terror group, run by U.S.-based fugitive preacher Fetullah Gülen, is known for its broad clout in Turkey thanks to massive infiltration of its followers everywhere, from the military to law enforcement and bureaucracy. Investigations are underway into FETÖ's role in the coup attempt but testimonies by those arrested on coup charges point to the fact that many officers involved in the putsch attempt were recruited by the terror group before they were enrolled in military schools or volunteered to join the group in the later stages of their careers.